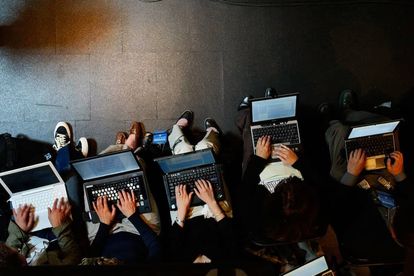 Ever get the feeling you’re being watched? Well, you might not be wrong. The SA government have apparently been monitoring certain citizens for the last 15 years.

This is according to Vodacom CEO, Shameel Joosub. His comments to eNCA about safety in communication were recently shared by MyBroadband, and he served up all the gossip, in terms of what government spies are looking for.

Can the SA government spy on its citizens?

Joosub states that the South African government’s interception and monitoring centre was established in 2003, as a response to the 9/11 atrocities. State spies are able to track messages, phone calls and internet activities of any citizens they feel the need to surveil:

“People don’t realise we have something called “intercept and monitor. This allows the South African government to have their own interception centres. They can intercept any calls they want, so long as they have permission from court.”

“These systems have been in place for the last 15 years. There are a specific set of laws that apply to this process” – Shameel Joosub.

How does spying on citizens work?

The Regulation of Interception of Communications and Provision of Communication-Related Information Act (RICA) of 2002 does provide us with some protections, however. No-one can be the victim of state-sanctioned snooping unless they have a judge’s approval first.

They may raise a legal case if a serious offence has been, is being, or will probably be committed. Permission to spy can also be granted if the subject is seen as a potential threat to public health or safety, national security, or compelling national economic interests.

So it’s effectively a case of having nothing to fear if you’ve done nothing wrong. Some of the more cynical citizens will suggest that there’s no bigger threat to public safety or our economy than the politicians in charge of running this operation, however.

Though we’re not quite in Orwellian territory yet, it does provide a bit of food for thought: Just what else could this clandestine department get up to?