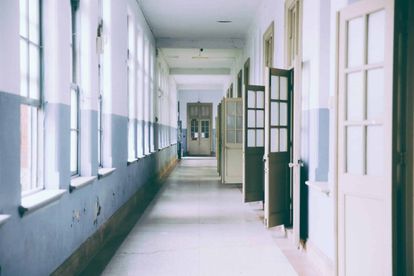 Term 3 has kicked off this week, which is why Gauteng Education MEC Panyaza Lesufi provided an update on the preparedness. In doing so, he also mentioned a disturbing number regarding the vandalism of schools. He said 54 schools had been vandalised since the beginning of the 2021 academic year.

Lesufi, in a statement on Tuesday, said 43 schools in Gauteng were vandalised since the beginning of the academic year and 11 cases were reported during recess bringing it to a total of 54 schools. He added that these incidents were separate and not related to the series of riots and unrest in the province.

“We know that 43 schools were vandalised since the beginning of the 2021 academic year and about 11 cases were reported during recess, however, they were not related to the recent series of unrests. We continue to call on communities to play their part and report any suspicious activity around our schools to their nearest police station. We are also working hard to improve the infrastructure at some schools,” Lesufi said.

Lesufi, who visited various institutions in the province, said some of them had raised concerns about issues of ageing infrastructure, which affected their ability to fight COVID-19 effectively.

This was then worsened by vandalism, which also contributed to the poor infrastructure.

“To attend to some of those challenges, we have delivered more than 400 mobile classrooms to our schools,” he said.

DA Gauteng Shadow MEC for Education Khume Ramulifho released a statement on Tuesday saying that the party condemns the vandalism of 54 schools in Gauteng since the beginning of the year.

“It is terribly concerning that schools continue to be a target for criminals and that both the Gauteng Department of Education (GDE) and Community Safety have dismally failed to prevent such incidents of vandalism, theft, and burglaries, where the GDE continues to lose millions of rands repairing and replacing resources stolen and damaged during these incidents,” said Ramulifho.

The DA added that such money could be used to eradicate asbestos schools to protect the health of vulnerable children, and also fix deteriorating infrastructure across the province to ensure a conducive learning and teaching environment.

Ramulifho said the vandalism is also a clear indication that the South African Police Service (SAPS) is failing to prioritise safety with adequate police visibility.

“We are calling on the SAPS intelligence unit to urgently investigate the syndicates that are involved in vandalism, theft, and burglary of our schools so that the perpetrators can be apprehended and there is a stop to this criminal element,” he said.

“Furthermore, DA proposals such as installation of fences or walls surrounding schools, installation of CCTV cameras and alarm systems in hotspot schools linked to the nearest police stations, night shift patrollers to safeguard schools, and the cooperation of community members would make a profound difference in preventing such incidents from happening again,” he added.