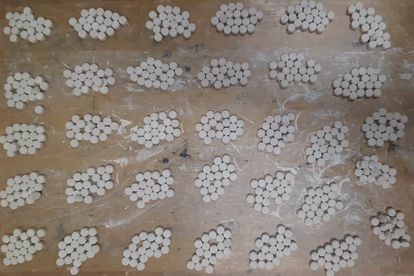 Long-distance passenger buses, it seems, have become one of our illegal goods trafficking systems of choice.

Hardly a week goes by without news of a crime bust of some kind involving one of the buses travelling cross-country, with everything from mandrax to tik, marijuana and abalone finding its way on board.

Yesterday Western Cape Police made another significant drug seizure on a bus travelling between Port Elizabeth and Cape Town.

According to police, a quantity of drugs with an estimated street value of R570 000 was found during an early morning bus search at the Tsitsikamma Tollgate near Plettenberg Bay.

“Upon searching the vehicle [police officers] found a suspicious suitcase in the luggage compartment of the bus. The suitcase was positively linked to a passenger that apparently boarded the bus in Port Elizabeth earlier,” said spokesperson Sergeant Christopher Spies.

“A further search resulted in the discovery of 3 955 Mandrax tablets and two plastic bags containing tik.”

Spies said a 31-year-old woman has been arrested and it is believed the drugs were destined for delivery in Cape Town.

Earlier in the week police also seized 2.57kg of dagga with an estimated street value of R25 000 during a search of a bus on the N2 highway near Plettenberg Bay. On this occasion the find could not be linked to a specific passenger and nobody was arrested.

In late September, nearly 7 000 Mandrax tablets with an estimated street value of R340 000 were confiscated during a search of a bus at Beaufort West. One person was arrested.

And in August, police surveillance teams followed an Intercity Express bus travelling from Cape Town to Pretoria via Kimberly and Johannesburg.

In Johannesburg they arrested a man who took possession of 18 boxes of abalone, valued at about R3-million, which had been loaded onto the bus in the Western Cape.

Last year, Free State-based radio station OFM reported that “questions are beginning to mount regarding a possible drug syndicate’s use of a well-known South African bus line after drugs worth millions were recovered in two of the company’s buses on separate occasions in just over three months”.

The report said drugs worth more than R3.4-million had been discovered on a bus near Upington and a further consignment worth R2.5-million was seized from a bus at Bloemfontein.