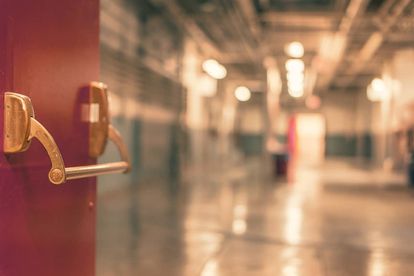 Gauteng health MEC Gwen Ramokgopa has condemned the incident and urged members of the community to show respect for health care workers.

The most recent incident saw an unidentified man confronting a nurse trying to get her attention while verbally abusing her, Silusapho Nyanda from Sowetan Live reported. He abuser allegedly said:

“The clinic belongs to the community, not you. Don’t send us from pillar to post over a small thing […] over something that you know you should be helping us with.” shouted the man, before threatening to take her to court.

Also Read: “Quality healthcare for all is within reach” – Ramaphosa offers his take on NHI

In another incident, paramedics were threatened by a patient’s loved ones after he was declared dead on arrival. Medical personnel were accused of being negligent.

It is especially hard to show the necessary respect when a patient is caught up in the bureaucratic doldrums that make up our public health care system, on Twitter user pointed out, even more so when lives are stake.

For most people visiting a government hospital a quick checkup or even collecting of test results will mean a full day at the hospital with most of your day spent traversing the hallways carrying pieces of paper in folders from one line to another.

It’s no surprise then that for many people who are also dealing with health concerns the pressure might become too much.

The Gauteng health MEC and the Minister of Health was urged to act quickly to repair the ailing health infrastructure and engage with the private sector to fast-track the digitisation of their record keeping system if the proposed NHI implementation is to have any chance.

Armed robbery at a hospital in Limpopo

In November, robbers terrorized staff at the Letaba Hospital outside Tzaneen, in Limpopo. Three doctors were shot and injured. In another incident, an unknown man entered the premises without being searched and a stabbed a cleaner.

Shortly after the attack, medical personnel told the press that they do not feel safe and that the it was demoralising to working under those conditions:

“The same attacker was allowed to leave the institution after nearly killing one of us. How can we feel safe under this kind of a situation?