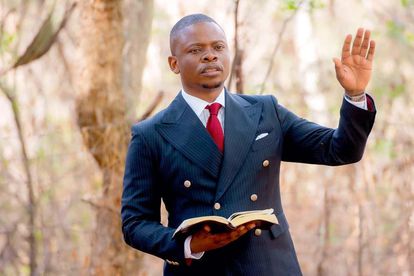 The Department of Home Affairs has dismissed a senior official involved in approval of Shepherd Bushiri’s application for permanent residence with immediate effect.

The controversial Malawian self-proclaimed prophet, Chipiloro Gama, commonly known as Shepherd Bushiri and his wife escaped in South Africa in 2020. The fugitive and his wife were reportedly in the country three times last year and managed to evade arrest.

Chief Director for permitting, Ronney Marhule was found guilty on two counts of misconduct and non-compliance with the Immigration Act.

According to the Home Affairs Department, Marhule tried to stop the disciplinary process on at least three occasions at the Labour Court and at the Labour Appeal Court.

Marhule was charged on two counts, with:

“The outcome of this disciplinary hearing is taking us closer to ensuring that we bring to an end irregular practices and decisions by Home Affairs officials within the system.

“We are cracking down on all forms of irregularities wherever we find them at Home Affairs.”

‘PROPHET’ DECLARED TITHES AS HIS OWN TO OBTAIN RESIDENCY

Last month, the Department of Home Affairs also revealed that Bushiri declared tithes as his own money in order to obtain papoers for permanent residency in SA.

According to reports, Bushiri and his family did not qualify for permanent residency in South Africa. They used bank accounts of their church and an aircraft purchased for $1.25 million (R19.4 million) as proof of an investment they were going to make.

This was noted from the final submissions filed in a disciplinary case against the senior official who granted approval for the self-proclaimed prophet’s permanent residency.

The department stated that Bushiri did not have a net worth of R12 million but instead used the bank account of the church for his application in 2016.