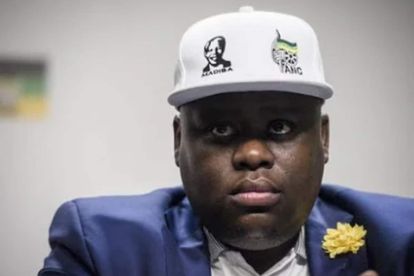 Deputy Minister of the Department of Home Affairs (DHA) Njabulo Nzuza was the victim of a hijacking on Thursday 28 May when two men forced him on a hell-ride around Midrand, Gauteng, to withdraw money from various ATMs.

Nzuza was leaving a shopping centre in the area at around 16:30 when he was pulled over by what he believed were police in vehicle with blue flashing lights, but quickly learnt that the men had sinister intentions.

Nzuza was driven around ‘for a very long time’

The men who hijacked the deputy minister were armed with handguns and demanded that Nzuza withdraw cash from them at a series of ATMs, with the harrowing incident taking place “for a very long time” according to national police spokesperson Brigadier Vishnu Naidoo.

“At approximately 16:25 yesterday, 28 May 2020 the Deputy Minister of Home Affairs, Njabulo Nzuza was hijacked by at least two gunmen,” he said.

“The Deputy Minister was departing from a shopping centre in Midrand when he was followed and stopped by occupants of blue VW Gti Golf with blue lights flashing.”

He said that Nzuza was forced not the back seat of his range rover and driven to various locations where an undisclosed amount of money was forced from his bank accounts.

“Two men carrying handguns approached the Deputy Minister and forced him out of the driver’s seat and then onto the floor of the back seat,” he said. “They drove around with him withdrawing money from different automated teller machines (ATM).”

“Suspects drove with him for a very long time and dropped him in Mamelodi West. The suspects drove off with the Deputy Minister’s blue Range Rover Reg no HD75KHGP, two cellphones and a wallet.”

Police are now appealing to the public to come forward with information that may lead to the arrest of the sspects, who are currently on the run.

The South African understand that Nzuza was unharmed in the attack, and have reached out to the DHA for comment.

Nzuza recently made headlines when he released an apology to Economic Freedom Fighters (EFF) leader Julius Malema having accused him of corruption during his time as leader of the African National Congress Youth League (ANCYL) in 2018.