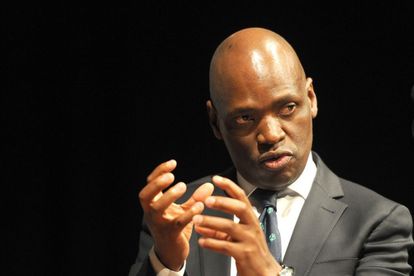 The SABC and SIU are demanding that Hlaudi Motsoeneng pay back the money. Photo: @kbpoint / Twitter

The SABC and SIU are demanding that Hlaudi Motsoeneng pay back the money. Photo: @kbpoint / Twitter

The South African Broadcasting Corporation (SABC) and Special Investigating Unit (SIU) are demanding that Hlaudi Motsoeneng pay back the money. The former executive at the SABC and other former colleagues allegedly paid R2.5 million to more than 100 musicians.

According to Motsoeneng, the money was paid to show “gratitude” to the musical legends from South Africa. The SIU is not convinced. The unit believes that the payments were irregular.

On 14 March, Motsoeneng and other ex-executives of the SABC stood before the SIU’s Special Tribunal in order to defend themselves. The SIU stated that the irregularly paid money was not budgeted for and that no policy was clearly stipulated.

SIU and SABC representative Advocate Jabu Motepe stated that the first respondent spoke about the decision of the payments being in line with Section 2 of the Broadcasting Act.

“The Act is in line with promoting cultural issues and all that, but we say that is wrong because that clause says the SABC must come up with a policy.”

Advocate Motepe finds the money was not budgeted

Motepe further stated that the large sum of money was not budged for. Adding that if it were budgeted, it would have been done lawfully. He went on to say that Motsoeneng and the other nine ex-executives should be held liable for the alleged irregular payment.

If the tribunal found otherwise, Motepe said, at least three of the officials who signed it off should be responsible. Motepe added that what worsened the situation was that Motsoeneng stated he raised the enormous sum from private sources – which includes MultiChoice.

Motepe stated that evidence proves that MultiChoice was not part of this alleged fundraising.

“The evidence shows that is not true. We have a letter from MultiChoice, we have affidavits from people from finance that there were never private funds. All the monies that were paid are from the SABC. None of the decision-makers evaluated all those things. They simply approved,” said Motepe.

Motsoeneng’s lawyer follows through with his defence

Motsoeneng’s lawyer Nikiwe Nyathi defended the payments by stating it was supported by the SABC at the time it was made. Nyathi stated that the board was notified of the once-off payment, reports EWN.

“He just said that the board was informed and endorsed the value of the once-off recognition project,” said Nyathi.

ALSO READ: Govt breaks its promise, as State of Disaster EXTENDED in SA