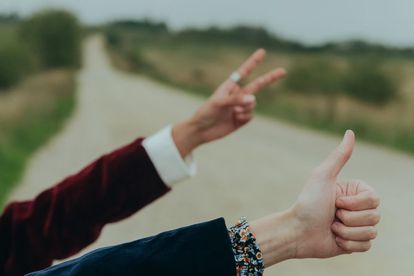 The public is urged to refrain from hitchhiking in the Mpumalanga area as yet another incident where a woman was held hostage took place on Monday.

A 32-year-old woman escaped from her capturer who gave her a lift as she was hitchhiking around 19:00 on Monday from Block-C to Block-A, in Nelspruit area.

LIFT TURNS INTO A HOSTAGE SITUATION

A man driving in a grey VW Golf emerged and offered her a lift.

According to police spokesperson, Brigadier Selvy Mohlala, the woman was apparently given a drink and thereafter passed out. She reportedly woke up at some house around 12 midnight.

The man who was allegedly in possession of a firearm held her hostage. Luckily the woman somehow managed to escape and reached the main road.

The female victim eventually made it to the Tonga Police Station where she reported the incident, explained Brigadier Mohlala.

Police immediately followed the detailed information as described by the woman, thereby making it to the house where she was held hostage.

Fortunately, the suspect who is from KZN Province was found by the police and swiftly arrested.

“The suspect was arrested by police on Tuesday morning at Mzinti near Komatipoort (in Nkomazi). A firearm, as well as drugs, were seized at the house where the woman was held,”

Furthermore, the police found the suspect in possession of a firearm and ammunition, and the serial numbers of the firearm were filled off.

They also discovered 392 grams of dagga, as well as 44 sachets of nyaope.

Mohlala said the investigation team will dig deeper to establish whether the man is not involved in other similar incidents of this nature.

“Police cannot rule out the possibility of adding more charges against him as the investigation continues.

Whilst appreciating the exceptional work done by the police, Mpumalanga Provincial Commissioner of Police, Lieutenant General Semakaleng Daphney Manamela has voiced her concerns regarding some members of the community who continue to disregard the countless pleas to avoid hitchhiking.

“We are very much concerned that even after constantly urging our people not to hitchhike, they continue to do so. We hope people will come to learn from this experience and try to use safe modes of transport regardless of the costs,”