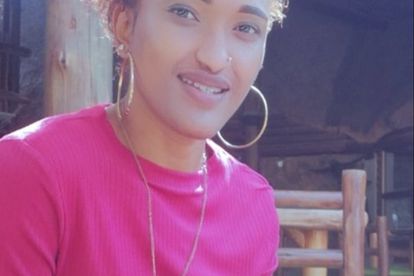 A fourth suspect has been arrested in connection to the murder of Hillary Gardee. PHOTO: Twitter/@HillaryGardee

A fourth suspect has been arrested in connection to the murder of Hillary Gardee. PHOTO: Twitter/@HillaryGardee

The fourth suspect who was recently arrested for the Hillary Gardee murder case is actually a serial killer.

The man is said to have killed three women already in the last month.

A fourth man has been added to the list of the murder suspects allegedly behind the execution-style killing of Hillary Gardee.

Mpumalanga police commissioner Lieutenant General Semakaleng Manamela said the man was arrested in Kwa-Thema, in the Ekurhuleni on Thursday night.

He was found with a firearm after a long investigation into locating him, Manamela told eNCA.

“We have been looking for him ever since the [other] suspects were arrested. We were following information with our investigators… which we gathered all the time. We were in luck [on Thursday] night because we were also in the position to arrest the fourth suspect.”

SUSPECT KILLED THREE OTHER WOMEN WITH THE LATEST BEING LAST WEEK

This man was however long sought for other killings of women. His latest alleged murder was just last Saturday of a woman.

“She was living in Witbank and he threw her at the dump in Sundra, where we found that the woman is still alive. But eventually the woman died,” Manamela said.

It was confirmed that this woman is also one of his girlfriends.

But that’s not the only lover he has killed. Just last month, he killed another one of his girlfriends and her sister too.

“In the past month, this fourth suspect was capable of killing three women in a row. We did not sleep and we worked around the clock. We established the teams all over just to [ensure] he does not get leeway of killing additional women in this country,” said Manamela.

“We were looking for a serial killer here.”

GARDEE MURDER CASE TO RESUME IN A WEEK

The murder case of Gardee is to resume on 22 August at the Nelspruit Magistrate’s Court after one of the three accused was denied bail.

Sipho Mkhatshwa failed in his bail bid on 3 August after the court found that he had plotted to kill a state witness in the case.

Gardee, 28, is the daughter of former EFF secretary General Godrich Gardee. She was last seen in April at a supermarket with her toddler. While the toddler was found safe, Gardee was however later found dead with a gunshot wound to the back of her head.