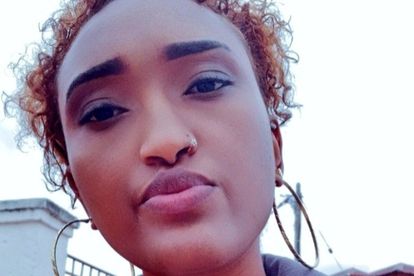 Hillary Gardee was found shot in the head in a timber plantation in Mpumalanga. PHOTO: Twitter/@HillaryGardee

Hillary Gardee was found shot in the head in a timber plantation in Mpumalanga. PHOTO: Twitter/@HillaryGardee

One of the accused in the murder of Hillary Gardee has been denied bail as he poses threats to possible state witnesses.

Sipho Mkhatshwa, accused number one in the case, stood before the Nelspruit Magistrate’s Court on Wednesday morning. He faces charges of the killing of Gardee.

ACCUSED DENIED BAIL AS HE THREATENED TO ELIMINATE WITNESSES

But Mkhatshwa posed a threat to witnesses as he allegedly plotted to kill a state witness in the matter.

Magistrate Eddie Hall said Mkhatshwa faces a serious charge of murder which was committed “execution style” as Gardee, 28, was shot in the head.

“There were also threats of eliminating a witness or witnesses with reference to the charge against the applicant.”

In addition, despite Mkhatshwa stating he would hand in his travel documents should he be granted bail, it turns out he failed to disclose he has family members in eSwatini. He also owns several properties.

“The application is not granted and bail is refused,” said the Magistrate.

GARDEE MATTER POSTPONED, BUT ESWATINI GOVERNMENT IS BLAMED FOR MURDER

The matter is postponed to 22 August for further indictment.

Gardee went missing on 29 April after going to a local supermarket with her toddler in Nelspruit. While the child was found safe, Gardee was found dead at a timber plantation in Mpumalanga.

The former EFF secretary general says King Mswati was outraged by EFF protests back in April, which saw four borders with eSwatini closed. He claims the monarch unleashed foreign intelligence services with a robbery decoy, resulting his daughter’s death.

eSwatini government has since denied the claims, claiming they will not “dignify” such allegations with a response.

“These claims have no truth in them,” eSwatini government spokesperson Alpheous Nxumalo said.