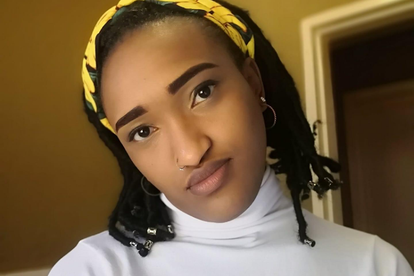 Hillary took to social media on the same day she had disappeared, 29 April, saying May is going to be a very long month. Image: Twitter/HillaryGardee

Hillary took to social media on the same day she had disappeared, 29 April, saying May is going to be a very long month. Image: Twitter/HillaryGardee

An exiled Swati politician is one of three suspects held for the alleged murder of Hillary Gardee, who was killed on Tuesday, 3 May. She is the daughter of former EFF secretary-general, Goodrich Gardee, and thus far at least two of those linked to her killing are believed to have political affiliations.

Eswatini’s main opposition party, the People’s United Democratic Movement (PUDEMO), confirmed that one of its members was arrested in connection with the murder of Gardee, 28.

“PUDEMO has noted with concern the arrest of its member in connection with the murder of Hillary Gardee, the daughter of former EFF secretary-general comrade Godrich Gardee.

“Furthermore, we wish to reaffirm our stance as PUDEMO in support of the struggle against gender-based violence,” said party secretary-general, Wandile Dludlu in a statement on Sunday, 8 May.

Gardee was allegedly abducted from the Nelspruit Plaza Super Spar on 29 April. Her body was found on Tuesday near the R32 road between Mbombela and Sabie. She had been shot in the head and stabbed in the chest.

The 39-year-old arrested suspect is believed to be the owner of the guesthouse that was raided by Mpumalanga police on Friday night.

According to reports, he is a former Wits University SRC president and currently works in the Mpumalanga legislature.

On Sunday, 8 May, a day after Gardee was laid to rest, the police announced that two more suspects had been arrested in connection with the murder.

“This is encouraging and as we indicated that there were other people of interest that we were following and interviewing. Through our investigation, which is still proceeding, we were able to come out with information that we fully believe the two are the right suspects,” said Mpumalanga police commissioner Lieutenant-General Semakaleng Manamela.

Another of the arrested suspects is believed to be the adopted son of a prominent politician.

“They wear suits and call themselves gentlemen. They are not nyaope addicts. They own properties in Nelspruit and some of them have political credentials,” he said.

The three suspects are expected to appear before the Nelspruit Magistrate’s Court on Monday.