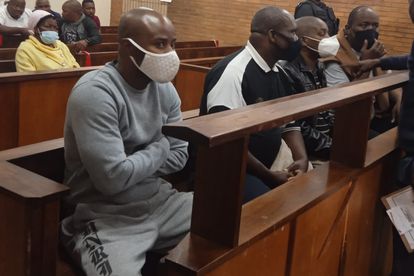 The four men accused of murdering Hillary Gardee will face trial in the Mbombela High Court in 2023. The accused were served with an indictment by the State on Friday, 16 September.

HILLARY GARDEE MATTER TO GO ON TRIAL NEXT YEAR

National Prosecuting Authority (NPA) spokesperson Monica Nyuswa said one of the accused, Albert Gama, was denied bail in the Nelspruit Magistrate’s Court after he failed to prove there are exceptional circumstances that permit his release on bail.

“Albert Gama was charged along with Sipho Mkhatshwa who was denied bail by the same Court while Philemon Lukhele and Rasie Nkune abandoned their bail,” said Nyuswa.

Hillary Gardee, who is the daughter of former Secretary-General of the Economic Freedom Fighters (EFF), Godrich Gardee, was found murdered on 3 May 2022, days after she was reported missing.

The four men all face charges of conspiracy to commit murder, murder, robbery with aggravating circumstances, kidnapping, possession of an unlicensed firearm, possession of ammunition and defeating the ends of justice.

The men appeared before the Nelspruit Court, on the same day, after Gama’s failed bail application and the State served them with an indictment. The matter was transferred to the Mbombela High Court for trial from 11 April to 12 May 2023.

The accused will remain in custody until then.

According to SABC News, one of the accused’s legal representatives, Nqobizitha Mlilo, said the indictment served was flawed as it did not contain a summary of facts.

“We’ve just been given a copy of the indictment which does not contain a summary of facts. What are we being charged with? This thing says nothing.

“If someone is charged with robbery for instance, giving you an example, everyone, police say they saw a woman with a bag coming out of the bank got into their car, they followed that person, they robbed them and they were caught at the roadblock.

“It’s a sense of what happened, the charges here how do they connect with each other? What do you think that our client did? With respect, gross injustice is happening here,” he said.