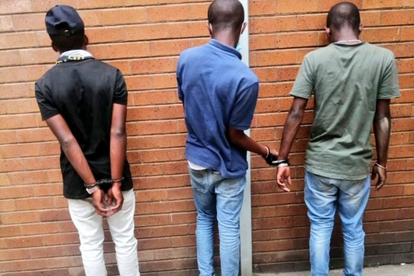 The Gauteng Johannesburg Metro Police Department (JMPD) has charged three suspects who attempted to hijack motorists with a toy gun in Marlboro, Sandton on Wednesday 29 September.

The arrests were announced by the department via social media on Wednesday. It confirmed that the suspects, who ‘terrorised motorists,’ operated in Marlboro drive and N3 Linbro Park in Marlboro, Sandton.

Staying with Gauteng, Police Minister Bheki Cele says progress has already been made in the murder of ANC Tshwane ward councillor Tshepo Motaung. The victim was shot at least 20 times with an R5 rifle on Friday evening, 24 September 2021 in Mabopane.