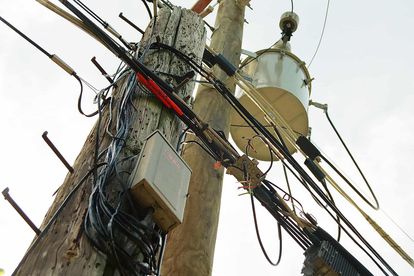 Eskom has been affirmed the right to interrupt or terminate electricity supply to defaulting and non-paying customers. The judgement was delivered by the South Gauteng High Court on Tuesday 13 October 2020.

The case was first brought against the power utility by Pioneer Foods, in which it had sought to review and set aside Eskom’s 2018 decision to interrupt electricity supply to the Walter Sisulu Municipality due to its failure to pay for electricity supplied.

COURT RULES IN FAVOUR OF ESKOM

According to the power utility, the court ruled that Pioneer Foods had no standing in the electricity supply agreement between Eskom and the municipality and dismissed the application with costs.

“Pioneer Foods is a customer of the municipality and as such had no legal right to bring the case against Eskom to court,” it said in a statement.

“This is a landmark judgment affirming the validity and lawfulness of Eskom’s rights, powers and entitlement to invoke section 21(5) of the Electricity Regulation Act of 2006 to interrupt the supply of electricity to a delinquent customer, in this case, the Walter Sisulu Municipality in the Eastern Cape,” it added.

The court also held that its interruptions of supply to the defaulting municipality were important and necessary for its survival as it could not be expected to continue supplying electricity to a non-paying customer.

Pioneer had an available internal remedy which entailed lodging a dispute with Nersa. The court then held that before and an aggrieved party approached the court for relief against Eskom, it should demonstrate that it first exhausted the internal remedies contemplated by the Electricity Regulation Act by approaching Nersa.

“The relationship between Eskom and the municipality is reciprocal in that Eskom supplies bulk electricity against payment,” it said.

“Having received the judgement, Eskom is now in a position to enhance its collection efforts from defaulting municipalities, who collectively owe Eskom in excess of R31 billion in overdue debt,” it added.

While Eskom may have been granted the authority to cut electricity, some of its employees have come under fire for wrongdoing.

“We have made 5 512 referrals to Eskom to institute disciplinary proceedings,” she said.

“Sixty of these referrals are in respect of officials, who are either doing business with Eskom or who failed to declare their interests in outside business entities.”

You can read the full story here.