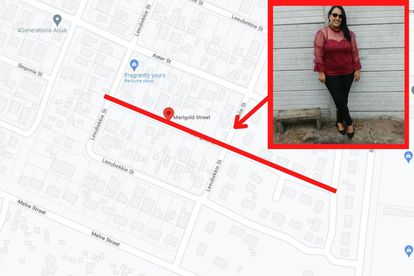 A family was gunned down in their car on Monday morning in Hermanus. The 35-year-old mother was killed while her daughter and husband were injured.

THE HERMANUS FAMILY WAS GUNNED DOWN IN THEIR VEHICLE

The 35-year-old mother, Dorianne Lock, was with her 10-year-old daughter and husband when they were shot.

“The shooting incident happened on Monday at about 07:30 at Marigold Street, Mount Pleasant, Hermanus.

“According to reports, the family was on their way to work in their vehicle when an unknown gunman fired shots at them. The 35-year-old woman was shot and fatally wounded.”

“A murder and two attempted murder cases opened for investigation.”

The motive for the attack is still unknown.

Dorianne worked a the reception of the Windsor Hotel Hermanus.

Anyone with any information about this fatal shooting incident is kindly requested to contact Crime Stop on 08600 10111.

Meanwhile, in an unrelated shooting, a beloved father, Petrus Roets (60) was brutally gunned down in his vehicle during peak traffic in Gonubie, East London, earlier this year.

THE BELOVED FATHER WAS GUNNED DOWN IN PEAK TRAFFIC

According to police spokesperson Brigadier Tembinkosi Kinana, the shooting happened at around 15:30 on Thursday.

“At approximately 15:30 on Thursday, the victim was allegedly shot by unidentified suspects near Gonubie offramp while stopping at the traffic lights.”

She said he had sustained injuries to his upper body and was declared dead on the scene.

ALSO READ: Carolina woman shot and killed in her idling vehicle in front of house

“The circumstances surrounding the incident are currently under investigation. No arrest has been made at this stage as suspects are still at large.”

HE WAS DECLARED DEAD ON THE SCENE

Kinana said a case of murder had been opened, and an investigation is underway.