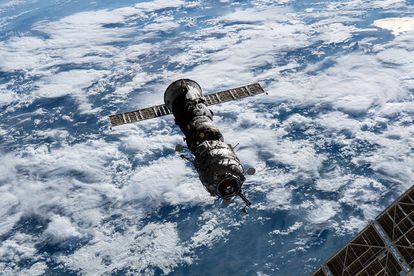 The International Space Station (ISS) will be visible tonight to the naked eye from several parts of South Africa, including Gauteng -Pretoria and Johannesburg, North West and Limpopo.

A bird? A plane? A space station!

The International Space Station (ISS) has been orbiting our planet since 1998. From most locations on Earth, assuming you have clear night skies, you can see ISS for yourself. It looks like a bright star moving quickly from horizon to horizon to us on Earth. As suddenly as it appears, it disappears.

According to National Geographic, from its orbit about 280 miles (450 kilometers) above Earth’s surface, the ISS takes just 90 minutes to make a full circle around the planet.

The space station isn’t always visible at night when it passes overhead because it spends about 30 percent of its time cloaked by Earth’s shadow. (See a picture of a solar eclipse as viewed from the ISS here.)

When it’s in the zone, the ISS can be seen with the naked eye every time it passes overhead, from dusk until dawn.

Here’s how to spot the ISS:

All you need is your phone and a place to view from – your backyard, your front step, a nearby intersection – but no telescope. This is almost exclusively a ‘naked eye’ experience to be done only when the sky is clear.

Where in South African will the ISS be visible:

According to NASA the ISS will be visible from 24 different spots in SA.