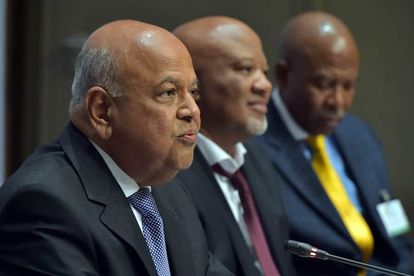 Basically, folks, we’re in a bit of kak, but Gordhan has a plan to dig us out of it – that’s if he’s around long enough –, but we’re all going to have to pull our weight.

Mirroring Jacob Zuma’s transformation rhetoric throughout this year’s budget speech, Gordhan managed to temper it with substantially more wisdom than the president, adding that growth and transformation go hand-in hand… without one the other cannot be.

So, let’s get down to it shall we.

The country needs an additional R28 billion in tax revenue in the 2017/18 financial year and someone’s going to have to pay for it, so naturally sin tax – luxury goods like ciggies and dop – is the go-to for getting a large chunk of that money.

Read: This is how much your sin tax will increase in the 2017-18 financial year

On top of that, these are the areas where Gordhan will be milking some more cash from in the coming year:

Basically, whether you earn a little or a lot, Gordhan has to fix government’s mistakes and you’re the one that’s going to pay for it.

That said, taxing the highly-skilled top earners is a sure-fire way of sending them packing abroad. Global corporates are bound to dip into the now overtaxed pool of skilled South Africans looking to move abroad and we’ll be poorer for it.

So, tell us again how government’s piss-poor policy decisions and their effects on the economy don’t affect you…

For a full breakdown of the speech head on over to Fin24.