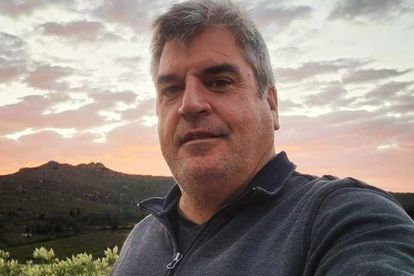 Another farmer, Hendrik Pistorius, who was allegedly murdered at his farm in Piketberg. Image: Facebook.

Another farmer, Hendrik Pistorius, who was allegedly murdered at his farm in Piketberg. Image: Facebook.

Following the murder of well-known Piketberg farmer, Hendrik Pistorius, the Democratic Alliance (DA) has reinforced its call for the devolution of policing powers to provinces in order to enable the Western Cape to immediately reinstate rural safety units.

Pistorius was allegedly murdered in the early morning on Wednesday, 3 August 2022, on a farm in Piket Bo-Berg, 30 kilometers outside Piketberg in the Western Cape. The 53-year-old farmer’s body was found partially covered with a bin and he sustained blunt force trauma against the right side of his head.

Hendrik Pistorius who was reportedly a well-known and respected member of the community was declared deceased on the scene by the time police arrived.

According to police, an undisclosed amount of cash was taken from his desk and the circumstances surrounding the incident are still under investigation. The suspect/s are yet to be arrested/.

Western Cape police spokesperson, Captain Frederick Van Wyk said they have reason to believe that the motive for the attack can be robbery.

The DA said the farming communities are extremely vulnerable and, since the South African Police Service (SAPS) is critically under-staffed and therefore not able to protect these communities, it is imperative that rural safety units be reinstated as a matter of urgency.

DA leader in the Western Cape Tertius Simmers said they cannot continue down a path that only leads to more killings, more violence, and more blood.

Simmers said government needs to acknowledge that they simply cannot run an effective police service and that they are incapable of providing viable solutions that will make vulnerable communities safer.

“SAPS needs to be devolved as a matter of urgency to allow provinces to manage their own police service.”

Didiza also called on police to do whatever it takes to apprehend the perpetrators of this gruesome act, as soon as possible.

“The killing of farmers and farm workers has a negative impact on the agricultural sector. I wish to call for the improved relationships between farmers, farm workers, neighbouring communities and the police in order to put a stop to these senseless killings,” Didiza said.