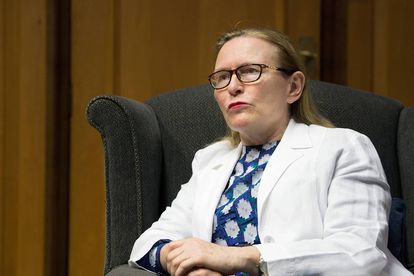 Former Western Cape Premier Helen Zille’s application to the Public Protector, Busisiwe Mkhwebane, for her ‘colonialism tweet’ storm to be set aside, was dismissed with cost on Tuesday 5 November in the North Gauteng High Court.

Mkhwebane has welcomed the judgment, while the African National Congress (ANC) has called for a debate on the matter next week when the legislature is back in session.

Zille’s tweet, sent out in 2017, read: “For those claiming legacy of colonialism was ONLY negative, think of our independent judiciary, transport infrastructure, etc.”

Reactions to the dismissal of Zille’s application

As reported by the Cape Argus, the Office of the Public Protector said: “The public protector is pleased with the outcome of this particular matter because if you recall, the former premier had argued that in arriving at those particular conclusions, the public protector had been irrational and the report was riddled with material errors of law.”

In response to the ruling, ANC leader of opposition in the provincial legislature, Cameron Dugmore said: “As the ANC, we welcome this ruling by the court, but it is a bittersweet outcome, as the matter is now moot, given that Helen Zille has now vacated office.

“We firmly believe her appeal was a deliberate attempt to escape accountability for her conduct which was clearly in breach of the Executive Code of Ethics Act,” said Dugmore.

The public protector found that Zille’s tweet was in breach of the Constitution. The matter was referred to the Office of the Public Protector by the then – ANC leader of opposition, Khaya Magaxa.

The application to review and rescind the finding of the public protector by Zille was dismissed with costs.

She owes the people an apology, says ANC

Dugmore said: “As the ANC we believe that the Democratic Alliance (DA) and Helen Zille owe the people of our province and the country a public apology. Current DA Premier Alan Winde also needs to acknowledge the hurt caused by Zille’s tweets and apologise for his role in not challenging her at the time when he served as MEC in her provincial cabinet.

The remedial action ordered by the public protector was that the matter should be referred to the legislature for it to take action against Zille while she was still premier,” added Dugmore.

“This never happened. This was due to the unwillingness of former DA Speaker, Sharna Fernandez to act speedily on the finding by the public protector and also due to Zille’s attempt to avoid accountability through her court application,” he said.