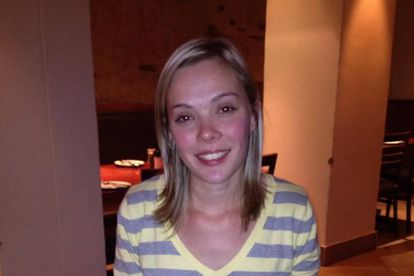 The missing Scheepers family search has resulted in a body being found in the Voëlklip area in Herold’s Bay. Southern Cape police spokesperson, Captain Malcolm Pojie, confirmed that the body of a small child was recovered from the water earlier on Thursday.

A body was found in the Heidi Scheepers case

A journalist, Kristy Kolberg, from the George Herald confirmed that she saw forensic services carry a child’s car seat to the top of Voëlklip. In it, Kolberg saw what looked like a small body in a white bag.

“The body of the 2-year old boy has been recovered. Police say it was floating near the wreckage of the vehicle that went over the cliff.”

Heidi Scheepers, 35, and her children, son Hugo, two, and daughter Cozette, six, went missing on Tuesday, 22 October 2019, after visiting Herold’s Bay for a walk. Her husband, Ettienne, 36, had gone with them to the beach but left on foot to check on some of their businesses.

The Scheepers own the Herold’s Bay Cafe and run the Garden Route Property Management group that manages several holiday homes in the area. Scheepers and the children were driving a charcoal VW Caravelle TDI minibus with the registration CAW66036 when they disappeared.

Car spotted at the bottom of a cliff

The search continued on Wednesday after someone saw parts of what appeared to be the missing VW’s door at the bottom of a steep cliff. A rescue helicopter was deployed and the National Sea Rescue Institute (NSRI) arrived to assist in the search.

However, police divers had to withdraw from the sea shortly after going in because of the harsh weather conditions. Pojie shared: “[The] NSRI launched a boat to have a look while the helicopter hovered above.”

The car parts were seen near the dangerous fishing and picnic spot Voëlklip. Pojie clarified:

“At this stage, the only thing we can say is that parts of a vehicle [that appear to be] the same colour as the missing Caravelle were found at the bottom of the cliff.”

The police spokesperson declined to give further information saying: “Our search is at a sensitive stage and we will issue a press release as soon as we can.”

At the time of publication, Emergency Medical Services (EMS), recovery vehicles, and the police were still on the scene. They were still trying to recover the vehicle from the water as they battled the weather and harsh sea conditions.