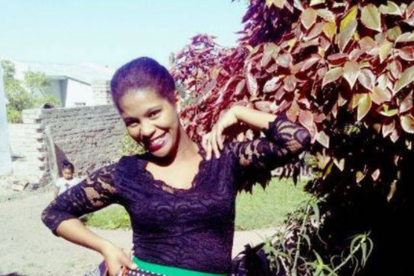 Bianca Chantel Matroos was murdered and raped on 15 November 2019, after a night out at a nightclub in George. Photo: Facebook

Bianca Chantel Matroos was murdered and raped on 15 November 2019, after a night out at a nightclub in George. Photo: Facebook

The man who raped and murdered the young mother of George, Bianca Chantel Matroos, was handed a hefty sentence on Tuesday.

WHAT HAPPENED IN COURT ON TUESDAY?

“He was convicted by the Western Cape High Court a month ago, for the crimes he committed on Matroos on 15 November 2019, after a night out at a nightclub in George.

The successful conviction and plausible sentence follow an intense investigation by members of the South African Police Service (SAPS).

These dedicated officers followed the movements of the Matroos and Muller, using CCTV footage from the nightclub to where her naked body was found at the George Riding Club.

“During the trial, the prosecutor Advocate Evadne Kortje told the court, Muller met the 37-year-old Matroos at Club Nitro in George, on the evening of 14 November 2019. In the early hours of the next morning, the Muller forced the deceased into a vehicle and drove off with his friends.”

Matroos was last seen in his company, and her body was discovered on 17 November 2019, between two concrete blocks in the unkempt grounds of the George Riding Club.

Police arrested Muller on 24 November 2019 at the same club where he met Matroos.

HERE IS WHAT THE JUDGE SAID DURING THE JUDGMENT IN COURT:

“How callous was the accused of returning to the club about a week later even wearing similar clothing.

“I experienced the accused as indifferent, bordering on defiant. The multiple, often incoherent, often contradictory versions of the accused when testifying, and the statements put, or not put to witnesses show that he is a skilled, devious, cunning liar.”

After careful consideration, after reviewing the totality of the evidence, disputed and undisputed facts, and circumstantial evidence, Steyn said that the evidence of the witnesses for the State was credible, probable, and consistent, supported by other evidence and video footage.

“The evidence of all the State witnesses is accepted. I am satisfied that the State has proved beyond reasonable doubt that the accused raped and murdered Bianca Matroos. I find that he had direct intent not only to rape her but also to murder her.”

“We know that the wounds of the Matroos family are not yet healed, but we hope that they will find solace knowing that this accused will be in prison for a long time for the crimes he committed on their loved one,” she said.