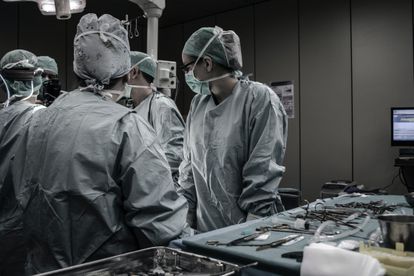 Healthcare workers are being intimidated for speaking up against poor work conditions. Image: Piron Guillaume / Unsplash

Healthcare workers are being intimidated for speaking up against poor work conditions. Image: Piron Guillaume / Unsplash

Healthcare workers who speak out against their terrible working conditions are intimidated and discouraged from doing so, reports News24.

Dr Aslam Dasoo, convenor of the Progressive Health Forum, expressed his concern over the intimidation tactics.

In May, paediatrician Dr Tim De Maayer penned an open letter – published by The Daily Maverick – to the health department.

In the letter, he spoke out against the terrible working conditions healthcare workers are facing in public hospitals.

De Maayer works at the Rahima Moosa Mother and Child Hospital. In his letter, he used his personal experiences at the hospital to reflect the state of public hospitals.

“Today I counselled two mothers, informing them that our resuscitation measures had been in vain. I wish you could be there to see the pain and grief that these parents and their families go through. Children are dying and the horrendous conditions in our public hospitals are contributing to their deaths.”

Intimidation and fear as a response

Following this letter, De Maayer was suspended on 10 June after speaking out about the conditions of the hospital. This suspension was seen as an act of intimidation as it discouraged other healthcare workers from speaking out.

As a response, many senior healthcare workers rallied behind De Maayer. These workers joined together as the ‘I Am’ movement.

They are calling for structural changes to public healthcare in South Africa. Additionally, they rebuke the intimidation of whistleblowers within the healthcare community.

Further, ‘I Am’ is demanding a public response from Premier of Gauteng, David Makhura and Minister of Health, Dr Joe Phaahla.

Dasoo, who is also a signatory for ‘I Am’, expressed his support for the movement. He agreed that the poor conditions of public hospitals need to be treated with urgency.

“The issues canvassed in the letter are widespread around the country, not just in Gauteng. And so it behoves them to understand that this is a national crisis. Simply meeting with the nation and saying, ‘Okay, we’ll fix up your little hospital over there, or we’ll refurbish that part of the hospital’ is not enough, there needs to be a systemic change.”

he said, as quoted by The Daily Maverick.

Dasoo praised De Maayer for speaking out. He said the intimidation and fear-based tactics used to silence healthcare workers like him are a worrying trend in public healthcare.

READ ALSO: Cost of medication is increasing while many can’t afford private healthcare