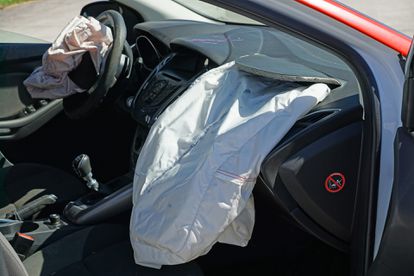 The police in the Free State are investigating a case of culpable homicide following a devastating motor vehicle accident on the N1 near Winburg on Monday night, 15 November. Four people were killed in the head-on collision and three more suffered serious injuries and were transported to nearby hospitals.

The accident took place at approximately 22:50 on the N1 highway. The VW Polo with a Gauteng license plate was allegedly travelling northbound about 25 kilometres from Winburg in the direction of Ventersburg.

The Ford Ranger and its four occupants were heading in the opposite direction and a trailer was attached to it.

The bakkie allegedly swerved into the path of the Polo, which is what caused the head-on collision. “The Ford Ranger caught fire and the driver unfortunately burnt to death,” said the police spokesperson.

The trio of Ford Ranger passengers survived the crash but sustained serious injuries and were taken to hospital for treatment. “Two were taken to Winburg hospital and the third one transported to Bongani hospital,” said Thakeng.

The driver and passengers of the Polo did not survive the crash and were declared dead at the scene by Emergency Medical Services.

A passenger told the police that the driver of the bakkie was from Kwa-Thema, Springs in Gauteng.