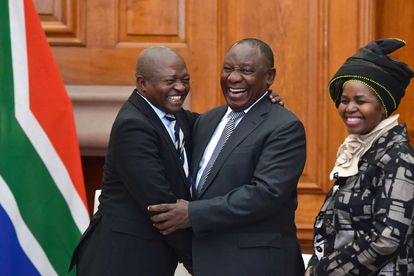 President Cyril Ramaphosa shot Parliamentarians down, as they continue to express their anger over Deputy President David Mabuza’s trip to Russia.

Ramaphosa answered questions in the National Assembly on Friday morning, 3 September 2021, giving an update on several matters, including the country’s economic recovery efforts.

Mabuza returned to South Africa from Russia back in August, after having spent more than a month there receiving medical treatment. The deputy president has been making those trips since 2015, when he was allegedly poisoned as Mpumalanga Premier.

“He had to take time off because he was not well. When somebody is not well, to be subjected to the kinds of attacks that Mr Steenhuisen is subjecting the deputy president to, I find that not only unkind, but quite terrible really,” Ramaphosa said.

The president was responding to questions posed to him by Democratic Alliance (DA) leader John Steenhuisen.

“He’s been completely missing in action during the COVID-19 crisis and out of the country for six full weeks. Apparently for a routine medical check-up in Russia. What a vote of confidence in the South African healthcare system and your plans for NHI for South Africa,” Steenhuisen said about Mabuza.

“Where he gets his treatment, in the end, Steenhuisen, is a personal choice just as anyone would choose which doctor should treat them they are entitled because it affects them personally, and they need to feel that they need to get whatever treatment from whatever hospital,” said Ramaphosa.

Much to the DA’s dismay, President Cyril Ramaphosa also confirmed that the state footed the bill for David Mabuza’s Russian trip.

“The deputy president is entitled to security, wherever he is, including the president. We don’t choose to be continuously shadowed by security people. It is a requirement because it is taken that when we are in the positions that we are in, it is almost as if we are state property,” he added.