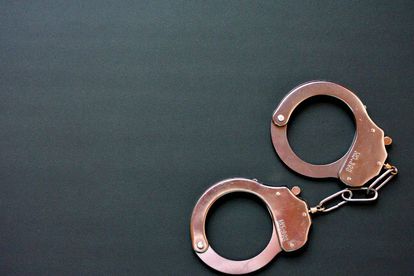 The Directorate for Priority Crime Investigation (Hawks), have arrested a 57-year-old suspect, believed to be involved with illegal mining in the Rustenburg area. Hawks seized a number of trucks that were loaded with chrome worth R2.6 million.

TRUCKS LOADED WITH CHROME WORTH 2.6 MILLION

A 57-year-old suspect is expected to appear in the Mogwase Magistrate’s Court on Monday 1 June following his arrest on 30 May, in connection with illegal mining in the Rustenburg area.

“A number of trucks loaded with 170 tons of chrome, estimated to be worth approximately R2.6 million, were seized for further investigation. Investigations are still continuing,” said Captain Tlangelani Rikhotso.

A joint multidisciplinary team conducted unannounced disruptive operations in several locations in Rustenburg on Saturday. Upon arrival at one of the sites, the suspects spotted the police and fled the scene. One suspect was apprehended.

Hawks, assisted by members of Rustenburg Flying Squad, the Department of Mineral Resources and the South Africa National Defence Force (SANDF) arrested the suspects on Saturday on charges of illegal mining. According to the Hawks statement, further charges cannot be ruled out.

The Hawks Directorate for Priority Crime Investigation, on Saturday 2 May in Rustenburg, arrested a man who was posing as a fake United Nations Employee.

The man alleged that he was responsible for a Youth Movement Programme that focuses on giving South Africa’s youth community opportunities abroad.

The investigation into the man started in March this year when it was discovered that he held several meetings with people from February lobbying support for whoever wanted to join the programme as a volunteer to pay an amount of R1 500.

“He further went to convince the complaints that he was also distributing COVID-19 surgical masks to organisations and institutions and left them with six boxes to distribute to their communities,” said Hawks spokesperson Hangwani Mulaudzi.

The complainants introduced other people to McKenzie and paid the R1500 membership fee as demanded. Later suspecting that something was amiss, the complainants requested his UN number for verification which never materialised.

“As if that wasn’t bad enough, he similarly disguised himself and deceived Rustenburg Municipality officials that he was a United Nations official distributing Personal Protective Equipment. He attempted to convince them to pay a sizable amount for his services whilst he would cover a portion of the fees,” said Mulaudzi.