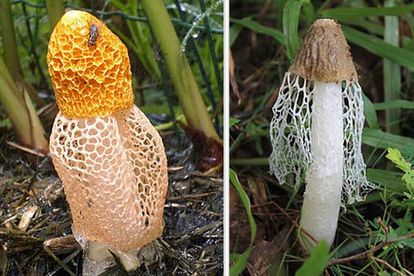 The Hawks swopped on a house in Somerset West, and seized drugs, including magic mushrooms, to the value of R500 000 on Tuesday.

“An intelligence driven operation that was conducted by the Hawks’ South African Narcotics Enforcement Bureau yesterday resulted in the arrest of two suspects for dealing in drugs,” Hawks spokesperson Zinzi Hani said.

“The investigation team pounced on the suspects at a house in Helena Heights in Somerset West where they seized drugs with an estimated street value of R500 000,” Hani said.

“Dagga plants, syringes with dagga oil, magic mushrooms, capsules and six, 5l bottles of ethanol are part of the exhibits that were seized. Cash suspected to be from the proceeds of the drug trade was also seized,” Hani said.

The suspects, a 47-year old woman and a 46 year old man are expected to appear in the the Somerset West Magistrates’ Court on Thursday 11 March.

Hani said the Hawks would continue to conduct follow-up

search and seizure operations to eliminate drug production in the area.

“The suspects will also be profiled to determine if they have pending drug-related cases against them,” Hani said.

In a separate drug related incident two suspects who allegedly sold drugs to students are expected to appear in the East London  Magistrate’s Court on Wednesday 10 March.

The Hawks’ South African Narcotics Enforcement Bureau (SANEB) arrested the suspects on Monday 08 March as a result of their alleged dagga dealing activities observed between 3 and 8 March 2021 .

“The arrested suspects used a mobile spaza shop parked in front of the East London College in Southernwood. They pretended to sell food and drinks to the students when in fact their main generator of income was selling dagga,” Hawks provincial spokesperson Captain Yolisa Mgolodela said.

“The team swooped in on the unsuspecting dealers and the resultant search of the  trailer revealed 82 packets of dagga being seized for further analysis,” Mgolodela said.

Provincial Head of the Directorate for Priority Crime Investigation, Major General Obed Ngwenya, commended the team for their effort.