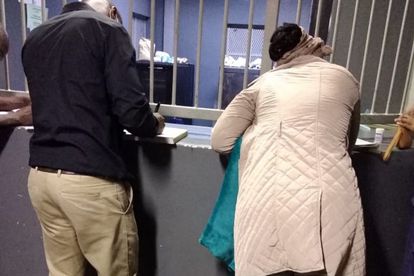 The South African Police Service announced that the Directorate for Priority Crime Investigations – better known as the Hawks – clamped down two elaborate scams in different parts of South Africa that were preying on unemployed people.

In Mpumalanga, three suspects conned more than 75 unemployed youth out of their money between 2016 and 2017 while in Johannesburg three bogus recruiters pretended to sell job opportunities at Pickitup.

The Hawks Serious Corruption Investigation team and Mpumalanga Crime Intelligence worked in tandem to apprehend two suspects aged 47 and 50 who were allegedly posing as officials from the Department of Health.

The duo went around allegedly ran a recruitment drive at mass gatherings at churches and other places where young people gathered in their numbers. They led the youth to believe that they would be admitted to a nursing training college, which would guarantee them employment at the health department.

The scammers allegedly demanded money for the enrolment at the nursing college from all prospective trainess, according to the Hawks. Between 2016 and 2017 more than 75 unemployed youth deposited R610 000 into the suspects’ accounts.

“After the victims based in Mpumalanga and other provinces paid the money, the suspects started telling them stories about the employment they were promised,” said SAPS spokesperson Captain Dineo Lucy Sekgotodi on Tuesday, 11 May.

The Hawks caught wind of the matter in 2018 and an investigation uncovered that the duo were not employed by the health department, or any government department for that matter.

“Two of the three bogus recruiters were arrested and the third is sought by the Hawks,” said Sekgotodi.

“The duo are expected to appear before the Bushbuckbridge Magistrate’s Court on Tuesday, 11 May 2021,” concluded the spokesperson.

A trio of alleged bogus recruiters, Phumzile Hlungwani, 37, Linky Khumotso Machete, 31 and Esther Chuma, 44, appeared in the Protea Magistrate’s Court on Tuesday for allegedly peddling job opportunities at Pickitup in the City of Johannesburg.

The suspects supposedly promised desperate job seekers that they would be employed by the City if they paid R600, upfront, for a six-month contract job. They even went so far as to promise victims permanent jobs in exchange for R5000.

The City of Johannesburg said few individuals were employed temporarily and no one was given permanent employment.

The Hawks’ Serious Corruption Investigation began looking into the scam in February and the trio were arrested on Thursday, 7 May, in Protea North, Soweto, while they were addressing their alleged victims.

“This follows reports of jobs for sale that emerged from community members in Soweto. A preliminary probe revealed that the three ladies were impersonating Johannesburg Municipality employees purporting to be attached to Pickitup,” said Captain Lloyd Ramovha.

The Hawks seized ledgers which listed all the victims who paid money for jobs. It is believed that the trio made R400 000 from the scam.

Police said the case has been postponed to Monday, 17 May for further investigation. One of the suspects, Machete, was granted R2000 bail. The other two remain in custody.