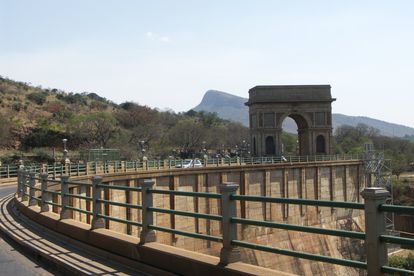 A 29-year-old woman died after her vehicle allegedly went over the edge of the Hartbeespoort Dam in the North West on Monday night, 27 September. The National Sea Rescue Institute (NSRI) said they responded to the incident after a request for assistance from the South African Police Service (SAPS).

NSRI spokesperson Craig Lambinon said the Institute was alerted to the Hartbeespoort Dam incident at 20:59 on Monday. The police said a vehicle with people trapped inside went over the edge of the dam wall.

When the NSRI joined the police at the scene they found small passenger vehicle submerging in the water. The Institute’s rescue swimmers were deployed and they managed to rescue an adult woman from the wreck and begin Cardiopulmonary resuscitation (CPR) efforts.

“NSRI rescue swimmers continued to search for what we believed at that stage to be a baby that was missing,” said Lambinon. Meanwhile, the woman was taken to the NSRI Hartbeespoort rescue base where CPR continued and local emergency services responded.

Despite the best efforts of the first responders, the woman could not be saved and was declared deceased. She is believed to be 29 from Centurion, Gauteng, according to the NSRI spokesperson.

“No sign of a missing baby was found in or around the vehicle when it was then confirmed by police that a baby had not been in the vehicle,” said Lambinon. The child was reportedly safe with the parents of the deceased partner.

The woman’s body was taken into the care of the government’s health forensic pathology services and the vehicle was recovered from the Hartbeespoort Dam.

“Police have opened an inquest docket,” said Lambinon. “Condolences are conveyed to family of the deceased.”