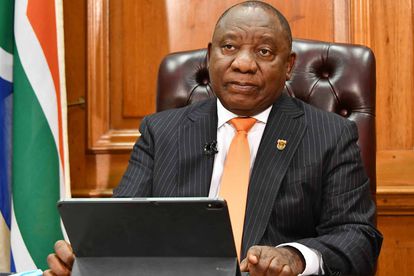 While President Cyril Ramaphosa’s speech included information on COVID-19, our response as a country and the vaccine, it also touched on the latest developments in the fight against gender-based violence and towards the safety and protection of women.

PUTTING AN END TO HARASSMENT AT WORK

Ramaphosa said that in an effort to end harassment at work, South Africa is in the process of ratifying ILO Convention 190, which establishes a global standard for the protection of women and other vulnerable groups in the world of work.

Frome there, he tackled the country’s second pandemic – gender-based violence and femicide.

“As we travel together along the path to overcome the coronavirus pandemic, we must never lose sight of the need to act urgently and decisively to end the violence that men perpetrate against women and children,” he said.

He added that plans to implement social and behavioural change interventions are taking shape. According to Ramaphosa, government has been collaborating with several civil society formations to sensitise taxi drivers and taxi marshals on gender awareness, gender norms, toxic masculinity and GBVF in an effort to change behaviour.

In another example, faith-based organisations have initiated a campaign to sensitise religious leaders on patriarchy, gender-based violence and the church.

“This includes a programme where leaders are trained to accompany survivors of gender-based violence from the time they report the incident until they are referred for further service. Faith activists are also trained to support women through the court process,” he added.

Efforts are also underway to support women’s economic empowerment especially during this period of COVID-19. This includes training for businesswomen to enable them to access public procurement opportunities.

WILL GENDER-BASED VIOLENCE INCIDENTS DECREASE DUE TO ALCOHOL BAN?

We’ve heard from Ramaphosa as well as from Police Minister Bheki Cele that when alcohol is prohibited, there appear to be fewer incidents of gender-based violence or domestic violence.

On 28 December, Ramaphosa said alcohol would be prohibited for a two week period. Thereafter, it would not necessarily be reinstated but the decision would be reviewed. This was due to take place on 15 January — four days from now.

On Monday evening, however, Ramaphosa said the sale of alcohol from retail outlets and the on-site consumption of alcohol is still not permitted. How long will this last? We can’t be sure but we do know there’s a fine art to striking a perfect balance between lives and livelihoods.

While it may decrease incidents of gender-based violence and trauma cases, there are those in the alcohol industry who depend on their salaries to feed their families.