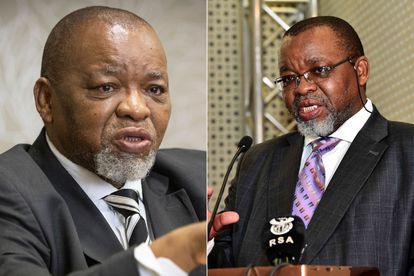 Minister of Resources and Energy Gwede Mantashe does not fully believe he was wrong in using the word ‘dwarfs’. Photo: GCIS and AfDB Group / Flickr

Minister of Resources and Energy Gwede Mantashe does not fully believe he was wrong in using the word ‘dwarfs’. Photo: GCIS and AfDB Group / Flickr

The Western Cape Network on Disability has written to the Presidency regarding Minister of Resources and Energy Gwede Masntashe referring to mayors as ‘dwarfs’.

Since Mantashe’s controversial statement, the Western Cape Network on Disability wrote to President Cyril Ramaphosa. The network had support from over 80 organisations within the disability sector when it condemned Mantashe’s remarks.

Ghillino spoke more about persons of short stature and how Mantashe’s statement goes deep into dividing society based on diversity. He explained that the people of a short stature are included in the definition of disability.

“It is unfortunate that we still have statements like this from a Cabinet minister that goes deep and to the core of dividing a society based on their diversity. Persons of short stature, to whom the minister’s statement referred to as ‘dwarfs’ are included in the definition of disability, which is aptly described as an evolving concept that results from the interaction between persons with impairments and attitudinal and environmental barriers that hinder the full and effective participation in society on an equal basis with others,”

The Western Cape Network on Disability further called on Mantashe to deliver a public apology to the disability sector. It also called on the president to make sure sensitivity training is conducted for all staff in Government departments.

Minister seemingly unphased by the outcry

Responding to the complaints, Mantashe stated that he did not believe he needed to explain the context around the statement he made. He shared that the context he used the word ‘dwarfs’ in was in reference to the structure of the ANC. He added that no one present had an issue with his usage of the word, reports IOL.