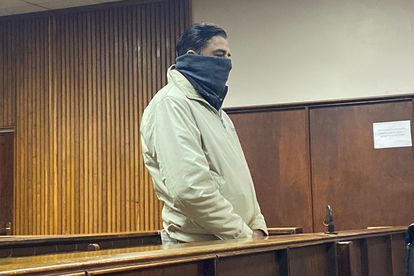 Former Transnet Board member and Gupta family associate, Iqbal Sharma appeared for a bail application in the Bloemfontein Magistrates court where he is facing charges of fraud and money laundering

Former Transnet Board member and Gupta family associate, Iqbal Sharma appeared for a bail application in the Bloemfontein Magistrates court where he is facing charges of fraud and money laundering

Former Transnet Board member and Gupta family associate, Iqbal Sharma, has been denied bail in the Bloemfontein Magistrates Court.

In opposing Sharma’s bail application on Tuesday, the National Prosecuting Authority’s Investigating Directorate (ID) told the court that Sharma was a flight risk who had alleged failed to disclose that he had transferred R264 459 241 to Issar Global, based in the United Arab Emirates between 22 August 2016 and 8 December 2016.

The ID further told the court that his South African assets accounted for 10% of his total assets. It further alleged that he had taken more than 100 flights to and from the airports in the UAE since 2010.

ID spokesperson Sindisiwe Seboka said the ID had told the court that Gupta association, Sharma, was “a citizen of the world and has connections to several foreign countries”. He speaks three international languages: French, Urdu, and Hindi.

Sharma and three other suspects were arrested on 3 June in Gauteng, Mpumalanga, and the Free State. The three were all granted R10 000 bail. They are former Free State, Agriculture, and Rural Development (FSDoARD) head, Peter Thabethe; former head of FSDoA, Limakatso Moorosi; and former FSDoA Chief Financial Officer, Seipati Dhlamini.

Sharma is amongst 16 other accused who face charges relating to defrauding the Free State Department of Agriculture (FSDoA).

The fraud is in connection with a R25m feasibility study in 2011 that was irregularly granted to Nulane Investment 204 (PTY) LTD, a company owned and controlled by Sharma. The company had to provide a report to the department within seven months.

The accused face charges of fraud and money laundering. The former government officials are also charged with contravention of the Public Finance Management Act.

The fifth suspect in the Gupta matter, Iqbal Sharma’s brother-in-law and a representative of Nulane Investments, Dinesh Patel, will  appear in court on 15 June 2021, due to health reasons. They are charged together with three companies, Nulane Investment 204 (Pty) Ltd (owned and controlled by Sharma), Wone Management (PTY) LTD, Pragat Investment (Pty) LTD and Islandsite Investments Pty Ltd.

The balance of the accused listed in the charge sheet are not currently in South Africa.

All of the accused are expected back in the Bloemfontein Magistrates’ Court on 5 July 2021.

“The ID has concluded Investigations, is ready to hand over the docket to the defence and start with the trial as soon as possible,” Seboka said.