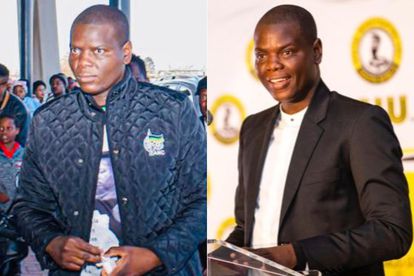 Minister Ronald Lamola says the officials who are handling the extradition process of Atul and Rajesh Gupta are competent. Photo: @RonaldLamola / Twitter

Minister Ronald Lamola says the officials who are handling the extradition process of Atul and Rajesh Gupta are competent. Photo: @RonaldLamola / Twitter

Minister of Justice and Correctional Services Ronald Lamola believes the officials handling the extradition process of the Gupta brothers are competent and up to the task.

The Gupta matter is now in the hands of the UAE

Lamola was updating the country on a number of the ongoing extradition processes. This includes Atul and Rajesh Gupta who are needed to answer for charges of fraud, corruption and money laundering in South Africa.

The Gupta brothers were arrested in the United Arab Emirates (UAE). On Monday, 25 July, Lamola stated that a request for the Gupta brothers’ extradition was issued to and received by UAE authorities from the national director of public prosecutions.

The Minister stated that the Gupta matter is now with the central authority in the UAE. He explained that they will be processing it in their jurisdictions. This means they need to determine whether or not Atul and Rajesh are extraditable to SA.

Lamola also responded to concerns raised about the capacity of the National Prosecuting Authority (NPA). He said that everything is being done according to the book, reports EWN.

“Everything has been done according to the book and the officials in the Department of Justice and the NPA who are handling the matter are competent officials who have handled extradition matters for many years… we’ve never had any challenges of competency in that space,”

Government makes progress in bid to extradite Atul and Rajesh

Meanwhile, it was reported that the South African government has made some strides in its attempt to have the Gupta brothers extradited, so says Justice Minister Ronald Lamola. Despite criticism, Lamola has assured South Africans that the process to bring Atul and Rajesh back is right on track.

The Guptas are considered central figures in state capture, having allegedly used their proximity to former president Jacob Zuma to unduly profit to the tune of billions from lucrative government contracts.

The family fled South Africa in 2018 shortly after Zuma left office. Minister Ronald Lamola says his department has submitted a provisional warrant of arrest to the authorities in the United Arab Emirates where the Gupta brothers are currently in jail, getting the ball rolling on their extradition. Read the full story here.