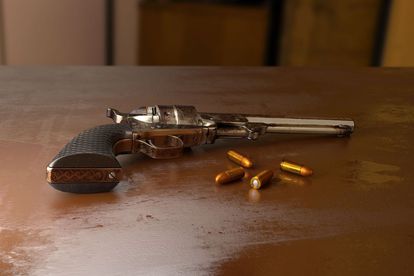 A gunman who opened fire killing one and injuring another may have been looking for his spouse. Photo: Monoar_CGI_Artist / Flickr

A gunman who opened fire killing one and injuring another may have been looking for his spouse. Photo: Monoar_CGI_Artist / Flickr

Reports have revealed that a gunman who killed one and injured another was supposedly looking for someone else. The shooting occurred at the Scientific Services Laboratories in Athlone, Cape Town.

A senior staff member was shot at point-blank range

The woman, who was killed, was a senior City of Cape Town staff member at the water treatment facility. Spokesperson for the South African Police Services (SAPS) Frederick van Wyk shared that investigations are ongoing.

Van Wyk stated that the incident occurred on Monday, 28 March, at 12:10 at the Water Treatment Centre. He revealed that the woman who was shot dead was 49 years old and a 39-year-old woman was shot in the left shoulder.

The spokesperson said that two other people who were at the scene were not injured. Van Wyk went on to say that the gunman fled the scene in an unknown direction and has not been arrested.

“A murder and three attempted murder cases are under investigation,” said Van Wyk.

The City’s Water and Sanitation Directorate stated that it had temporarily shut down its laboratories in support of the SAPS’ investigation.

IOL reported that a family member of the senior staff member who was killed stated that her family was devastated by her death. The family member said they had questions about what led the gunman to kill her.

According to the unknown family member, they heard that the suspect was looking for his partner when he rushed into the premises before shooting. Speaking about gender-based violence, the lady’s family member stated that it has taken over society.

He believes that Government has not done enough to protect its citizens. The family member wondered how a domestic issue made its way into the workplace and resulted in a horrific death. He added that his family member was shot at point-blank range for not revealing where the gunman’s spouse was.

The deceased senior staff member was a mother of three.

“She left for work only to meet her death behind her desk. May your soul rest in peace, my sister, till we meet again.”