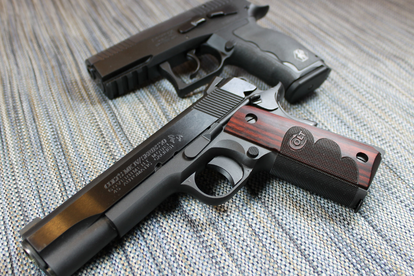 The Independent Police Investigative Directorate (Ipid) is investigating the alleged killing of a suspected hijacker who used a toy gun. After hijacking a woman in Delft, the suspect was shot by police in a churchyard in Gugulethu on Tuesday 28 September.

According to the police, the suspect is believed to have been involved in a hijacking in Delft, Cape Town. The hijack victim was a woman who was hijacked outside her house a few hours prior.

ALLEGED HIJACKERS PANICKED AND CRASHED INTO A WALL

While driving the stolen car, the suspects encountered a police vehicle but failed to keep their cool and sped away. Police soon caught up with the suspects after they crashed the vehicle against a wall before running.

“When the two suspects saw the SAPS vehicle, they sped away,” the Ipid’s spokesperson Grace Langa said.

“The suspects got out of the vehicle and fled on foot. They were chased by SAPS members.”

One of the suspects was cornered in a churchyard. It was where he allegedly pointed his toy gun at police officers, who then opened fire and killed the suspect. The police soon confirmed the deceased fitted the description of the suspect that was wanted for hijacking in Delft.

“When the driver of the hijacked vehicle was about to jump over a wall that leads to a churchyard, he pointed a firearm at police.”

“He landed in the church yard, where he was declared dead. It was discovered that the deceased had a toy gun.”

The second suspect was arrested and faces a charge of hijacking.