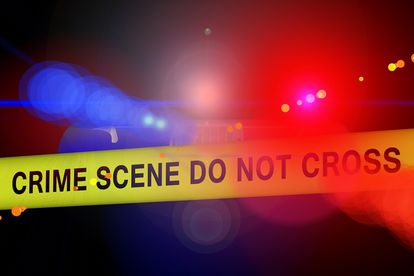 Police have issued an appeal to the public to stop circulating images and a video on social media that show a gruesome alleged murder-suicide scene in Akasia, north of Pretoria.

The images apparently show a man and a woman lying in a pool of blood following a shooting incident, said to have involved a boyfriend and girlfriend, in the parking lot of a residential complex in the suburb of Orchards

In a statement released on Friday, police spokeperson Captain Mavela Masondo called the circulation of the video clip and images “insensitive and reckless”.

“The public is urged to stop with immediate effect … or to even delete such content from their devices,” Masondo urged.

“The random recording and circulating of content of this nature for no constructive reason is not only reckless and insensitive to the relatives and close associates of the deceased, but could also jeopardise and compromise the outcome of the police investigation.”

According to SAPS, their appeal relates to an incident on Tuesday, when officers were called to the complex where it is alleged a male suspect fatally shot a 27-year-old woman after an argument.

Suspect turned gun on himself

The suspect then allegedly turned the gun on himself.

Rekord East, a newspaper circulating in the area, reported the case as involving a “boyfriend” and his “lover”.

It quotes a local police source as saying that the female was shot in her upper body and the boyfriend was alleged to have also shot himself in the upper body.

Emergency services were summoned and certified the woman dead at the scene, while the boyfriend was transported to hospital and succumbed to his injuries on arrival, Rekord East said.