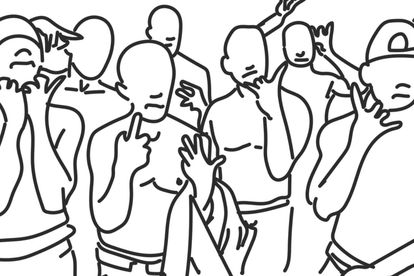 Learners and teachers at Greenpoint High School have been living in fear as gang-related violence is on the rise. Photo: Stock Image / Pixabay

Learners and teachers at Greenpoint High School have been living in fear as gang-related violence is on the rise. Photo: Stock Image / Pixabay

Tavern issues have allegedly spilt over into the school

Parents and teachers alike have been living in fear for their lives and the lives of students at the Northern Cape school. Reports have revealed that gang-related attacks have been rife since the beginning of 2021.

It is alleged that the gang violence originates over weekends at local taverns and spills over to the school as some of the students are allegedly members of these gangs.

On Wednesday, 20 July, a student was stabbed during an eruption of gang violence at Greenpoint High School. This unfortunate incident resulted in the closure of the high school. The school’s Governing Body revealed that measures have been taken to ensure that the ongoing violence at the school does not continue.

Unruly students from Greenpoint High School have been suspended

SABC News reports that the SGB Chairperson Leon Moyobo says the students who were unruly have been suspended. The suspensions are for seven days and will be followed by a disciplinary hearing.

Some parents are calling for army intervention

The Department of Education in the Northern Cape addressed the matter, stating that its educational support team has been deployed to provide counselling to learners and teachers.

Out of fear for the lives of their children, some parents have made calls for the deployment of soldiers at Greenpoint High School. They feel as though soldiers will assist with quelling the situation.

In related news, it was previously reported that tragedy struck the education fraternity as a grade 6 learner in the Free State has died after being stabbed to death by a fellow pupil.

According to the Free State Department of Education, the incident occurred just 600 metres away from Zama Primary School in Zastron, which both pupils attend.

The department says the boys had gotten into a fight on Wednesday, 4 May 2022. This culminated in the pupil stabbing the other with a spoon. The school principal intervened and asked the aggressor to go home and return with his parents. Read the full story here.