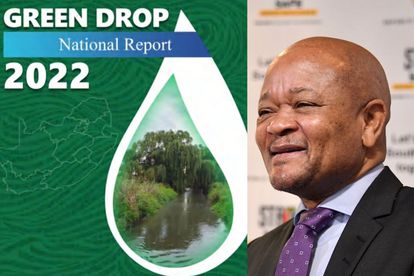 Foul-smelling rivers, polluted rivers, faulty infrastructure, and complaints about service delivery are not uncommon plights for SA citizens. Now we know why. According to the 2022 Green Drop Report over 60% of sewage and wastewater treatment works are in dismal condition.

WHAT IS THE GREEN DROP REPORT?

The Green Drop initiative evaluates the treatment of polluted water after passing through municipal and private facilities after which flows into bodies of water such as rivers and the ocean.

There is also a Blue Drop system that works independently to rate the quality of drinking water released from municipal taps.

In order to secure Green Drop certification, wastewater treatment works are required to score a minimum of 90%. The rating criteria include staff capacity, environmental, financial, and technical management issues, and compliance with effluent and sludge disposal measures.

STUCK UP A CERTAIN CREEK WITH NO PADDLE

Over 60% of the total reviewed sewage and wastewater treatment works were classified as being in a “poor to critical” state.

Water and Sanitation Minister Senzo Mchunu says it remains unacceptable that sewage spillages and failing wastewater treatment works are detrimentally impacting the environment and communities on a daily basis.

“It is of great concern that there are so many systems with scores below 31%, indicating a dismal state of wastewater management, posing a risk to both environment and public health. There is still a mammoth task ahead of us,”

Following evaluations and quotations, it was estimated in the Green Drop report that the receipt to rectify the problems was over R8.14 billion.

Gauteng had the highest Very Rough Order Of Measurement (VROOM) cost at over R3 billion.

ALSO READ: SAP ordered to pay R400m to Dept of Water and Sanitation