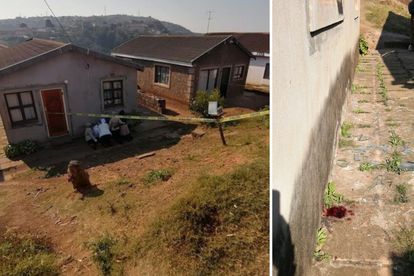 Grandmother brutally gunned down in front of her two-year-old granddaughter Photos: RUSA

Grandmother brutally gunned down in front of her two-year-old granddaughter Photos: RUSA

WARNING: PHOTOS ARE GRAPHIC AND NOT FOR SENSITIVE READERS

“A 42-year-old woman, a grandmother, was shot and killed in the presence of her two-year-old granddaughter at her home in Ginger Road in Waterloo, KwaZulu-Natal on Saturday morning.”

He said members of RUSA arrived on the scene at approximately 09:18 after receiving multiple reports of the shooting.

THE GRANDMOTHER WAS SHOT MULTIPLE TIMES

“On arrival, the body of the grandmother was located lying prone on the lounge floor. She sustained gunshot wounds to her head and abdomen which resulted in her demise.

“Her granddaughter was in the lounge at the time of the shooting while her daughter (19) and son (24) were in a bedroom.

“According to the deceased’s daughter, she heard a man questioning her mother about the whereabouts of her children. She exited her bedroom and saw the suspect pointing a firearm at her mother. The mother screamed and asked her daughter to flee when the gunman opened fire.”

The siblings broke a bedroom window and climbed out of the house. The daughter sustained a deep laceration to her left forearm from broken glass.

“She informed Reaction Officers that she did not recognise the shooter who casually walked away from the house after the incident.”

Balram furthermore said the two-year-old grandchild was not injured.