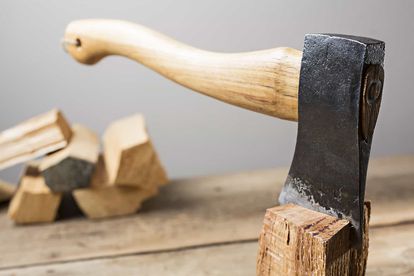 A Grade 1 pupil who tried to hide out on school premises in Mpumalanga to avoid getting severely assaulted abused by his 40-year-old grandmother, has been placed with social workers.

The grandmother, who appeared at the Mayflower Periodical Court on Thursday 20 February for the alleged assault, has been released on R500 bail pending further investigation. She is due back in court on 30 March.

According to Mpumalanga police spokesperson Brigadier Leonard Hlathi, a member of the public noticed the six-year-old alone in the street on 14 February at around 15:30.

Noticing that the boy was in school uniform, the concerned citizen notified the relevant school and the young boy was taken there immediately.

“He went inside one of the classrooms so that he could be accommodated for a night,” said Hlathi.

One of the teachers who was locking up classrooms on that day found the boy inside. The teacher spoke to the child to find out the reason why he was there instead of at home.

The boy related the story of being constantly assaulted by his own grandmother. The teacher informed fellow teachers who were still at school and police were immediately summoned.

“Police found the boy with his teachers and were so shocked to find an innocent child with severe bruises all over the body. A case of assault with an intent to cause grievous bodily harm was opened against the 40-year-old woman,” said Hlathi.

Grandmother allegedly assaulted him with an axe

A police probe revealed that the victim was allegedly assaulted with an axe and was too afraid to set his foot at home because of the experience.

“The boy was shaking as well as crying uncontrollably, he complained of pains all over his body and also had visible serious injuries and he was unable to walk properly,” added Hlathi.

“The victim was late for school that morning which suggests that he might have struggled to walk to school because of the ordeal that he went through back at home,” he added.

A place of safety

The child was quickly taken to Mayflower Clinic where they deemed it fit to transfer him to the Embhuleni Hospital due to serious injuries. Social workers were notified of the incident and the victim will be placed at a temporary place of safety.

While the victim was receiving medical attention, police immediately assigned the case docket to Elukwatini Family Violence, Child Protection, and Sexual Offences Unit (FCS) who arrested the woman. She later appeared in court.

The Mpumalanga provincial police commissioner Lieutenant General Mondli Zuma has strongly condemned the physical violence used against the victim by his grandmother.

“If women, who are supposed to shield and protect children from harm are the ones that are at the forefront of child abuse then our society is heading for disaster,” said Zuma.

“People should stop taking out their anger, as well as frustration, on the vulnerable, innocent and defenceless children. I believe that the law will take its course and the woman will get what she deserves,” said Zuma.

“I call on the public to continue reporting such cases of abuse of children to the authorities, including police, because such cases normally occur at homes where chances of detecting them are slim so we rely much on the public to blow the whistle on these incidents,” added Zuma.