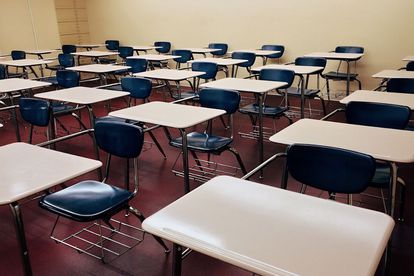 The Western Cape Department of Education announced that schools would have the option to reintroduce exam practices for Grade 10 and 11. Image: Stock Image / Pixabay

The Western Cape Department of Education announced that schools would have the option to reintroduce exam practices for Grade 10 and 11. Image: Stock Image / Pixabay

The Western Cape Department of Education (WCED) revealed that schools in the province would be able to reintroduce pre-COVID exam practices for learners in Grades 10 and 11.

In a statement, the Department said schools were sent a minute on 12 September advising them about the option. The #BackOnTrack campaign was launched in support of schools that want to help learners rebuild their exam-writing skills.

“The minute offers schools the option of adapting the end-of-year assessment to an examination format where a greater variety of questions can be asked, allowing for more in-depth testing and practice in answering such questions under examination-controlled conditions, so that learners are better prepared for future exams,” the Department said.

The COVID-19 pandemic has changed assessments in schools

Over the past two years, learners in Grades 10 and 11 have not written full-scale exams. Due to the amended Programme of Assessment, learners were unable to acquire enough examination practice.

When these learners get to Matric they are expected to write full-scale exams in all their subjects, some learners might find this challenging.

“We cannot simply wait until matric to help these learners get #BackOnTrack – the work starts in earlier grades to ensure that they are in the best possible position to succeed in their National Senior Certificate exams,” the Department said.

Schools that want to make use of this option of an end-of-year- assessment are encouraged to apply to their district office for approval before the end of the third term.

Hair we go: Education Department to launch new subjects by 2025

In other education news, it was previously reported that the Department of Basic Education revealed plans to introduce new subjects for Grades 10 to 12 by 2025. The aim is to improve employment chances after matric for students.

The subjects that will be introduced include art and design, office administration and hairdressing. The Education Department says it wants to focus on giving pupils an education that equips them for the future world of work.

Adding that not all learners further their studies after they matriculate. Spokesperson for the Department Elijah Mhlanga says they have been gradually introducing new subjects and that 17 new subjects have already been rolled out. Read the full story here.