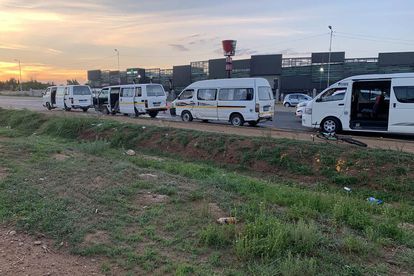 Following the outbreak of taxi violence in Gqeberha on Wednesday, Justice and Correctional Services Minister, Ronald Lamola, will convene a public dialogue with the taxi industry in the Eastern Cape.

The Victim-Offender-Dialogue (VOD) will take place at the All Saints Sports Field in eNgcobo on Friday.

“The VOD relates to a 2001 taxi violence incident that resulted in the cold-blooded execution of seven people. Chairperson of the Boarder Alliance Taxi Association and four Executive Members were ambushed and killed in a hail of bullets on the N2 between Mount Frere and Qumbu on their way back from a Taxi Indaba in Durban. A passenger and a truck driver were additional victims fatally wounded during the attack,” said the Ministry of Justice and Correctional Services.

It said that even though the people behind the act were arrested and sentenced to life imprisonment, the horrendous incident left many families harmed and longing for closure.

The Ministry also said that the Department of Correctional Services (DCS) has acknowledged that it has to do more to promote and enforce restorative justice to avoid people taking the law into their own hands.

“Minister Lamola will highlight the importance of a victim-centred justice system where the genesis of restorative justice is located. Taxi violence continues to cause depredation in the country and it has to be quelled,” said the Ministry of Justice.

LAMOLA TO HAND OVER WHEELCHAIRS AND SCHOOL DESKS

A total of four inmates and a parolee will take part in the dialogue and participants will include the families of the victims and the taxi industry structures.

Lamola will also hand over school desks and chairs refurbished by inmates to eight schools in the Chris Hani District as well as wheelchairs assembled by inmates to ten beneficiaries.

Lamola will be joined by Eastern Cape Premier, Oscar Mabuyane