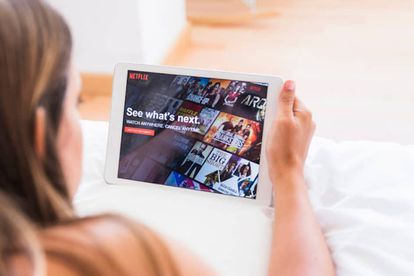 Ndabeni-Abrahams was responding to a question from the DA deputy chief whip in the National Assembly, Michael Waters.

Ndabeni-Abrahams said amendments to the TV licence fee section, to broaden the definition and collection system for television licences, are necessary because of the SABC’s financial challenges.

She added that “achievement of the above will be determined by the submissions expected from all South Africans towards the draft White Paper,” referring to the public comment process related to the Draft Paper which closes on 15 February 2021.

Ndabeni-Abrahams’s response did not satisfy the DA Shadow Minister of Communications Zakhele Mbhele who said the minister did not “properly justify” government’s intention of charging people with mobile devices the cost of a TV licence and giving the money to the SABC.

“This draft paper proposes to exploit another stream of revenue to bail out yet another state entity brought to its knees by years of gross mismanagement.”

“And it seems the Minister knows that this is not justifiable, given her poor attempt at answering the question,” he added.

Mbhele pointed out that it is the same White Paper that seeks to extend TV licence fees to include streaming services like Netflix, regardless of whether such a service is viewed on a television.

In November, thesouthafrican reported that the South African Broadcasting Corporation (SABC) ‘clarified’ its requests for new regulations that would require companies like MultiChoice and Netflix to collect TV Licence fees on its behalf.

The public broadcaster had proposed that the definition of a TV licence be expanded, and that pay-TV and streaming companies be ‘engaged’ to assist in the collection of TV Licence fees.

“This would be similar to municipalities collecting traffic fines and motor vehicle licence discs.”

The DA has also launched a petition against the government’s plan to force people to pay for a TV licence to stream Netflix or watch DStv.

Ian Jacobsberg, director at Tabacks Attorneys, told Moneyweb that there are many challenges related to the TV license proposals in the Draft White Paper.

Jacobsberg said dealers are currently not allowed to sell TV sets to anyone who is not in possession of a licence.

“It would be easy to introduce a similar regulation obliging a subscription services like Netflix to ensure that a potential subscriber has a licence before making the service available.”

The more difficult issue arises, he points out, is when government wants to compel the service providers to collect the licence fee and pay it over to the SABC.

Services like Netflix are typically provided on a month-to-month agreement, which complicates the traditional annual TV license fee collections.

Another problem is that many people subscribe to two or more streaming services.

Looking at device-based licensing, he said the current definition of a “television set” in terms of Television licence Fees Regulations is wide enough to include smartphones, tablets, and laptops.

This does, however, raise a question regarding retailers of these devices, and network service providers who provide the devices as part of a package to subscribers.

“Should they in fact be insisting on seeing every customer’s TV licence before they supply the device?” Jacobsberg asked.

There are also questions about the legal authority of the SABC to delegate the authority to collect licence fees to businesses in the private sector.

Jacobsberg’s comments echoed those of MultiChoice CFO Tim Jacobs who said it would be difficult to implement the collection process under current law.

“Right now, the regulations do not allow broadcast services to collect licence fees. It’s not even a debate at the moment.”

He added that DStv’s customers often subscribe to and drop packages throughout the year, which would make it difficult to calculate and manage licence fees.

“The question becomes how do you charge and how do you recover that money? It’s really complicated when you get into the real detail behind it,” Jacobs outlined.