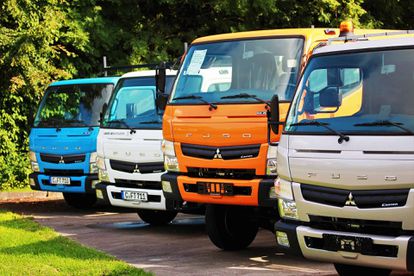 Image by Tobias Frick from Pixabay

Image by Tobias Frick from Pixabay

With a strike by South Africa’s truck drivers going ahead on Tuesday 7 July despite a high court order having been obtained to prevent such action, security clusters have felt it necessary to meet and consider their response, with several threats levelled against drivers in the build-up to the protest.

The South African Police Service (SAPS) said that they will remain the fundamental policing agency in place to deal with any incidents that may occur, but members of the National Joint Operational Structure (NatJOINTS) – which consists of various government departments in the security cluster – have issued directives to other role players.

The NatJOINTS meeting included a briefing of the Task Team, , a group established by President Cyril Ramaphosa consisting of the Ministers of Home Affairs, Employment and Labour, Police and Transport, as well as the Independent Trucking Business representatives and the National Truck Drivers Foundation (NTDF).

National police spokesperson Brigadier Vishnu Naidoo said that the ministers involved in the meeting were united in their condemnation of any violence against by “splinter groupings” that are threatening the safety of truck drivers.

“We appreciate the NTDF ‘s continued participation in the Task Team and denouncing the violence and distancing themselves from the planned shutdown,” noted the Task Team.

They said that they would be reviving their calls for trucking unions to form legitimate, accountable organisations, and dispatched police services to ensure that no laws are broken during the strike.

“We have instructed the police to deal decisively with those involved as we cannot tolerate further disruptions to the economy after the lockdown we had,” they said.

“We are restating our call upon the independent trucking employer representatives and former workers representatives to form legitimate organisations that are accountable, register accordingly and join formal structures such as the Road freight Bargaining Council.”

With the impetus of the proposed strikes resting on the assertion that the industry is hiring too many foreign nationals, with South African drivers struggling to get jobs.

Naidoo said that the task team had raised concern over the Southern African Development Community’s (SADC) alleged steps to reserve low skilled sectors for their nationals.

“The Employment and Labour and Home Affairs were urged to fast-track the international immigration and labour migration management policy and legal matters, to escalate these matters to Cabinet,” he said.

“We will also address some of these matters with our counterparts within the SADC and the African Union.”