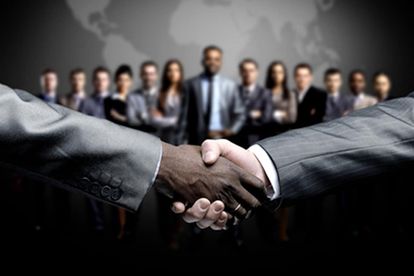 She said the issue has advanced itself to become too sophisticated to easily detect, and wants transgressors to be criminally charged.

Gina said misrepresentation and fronting by white companies is a serious problem in this country.

“Unfaithful entities have learnt how to blend their B-BBEE status to appear as genuinely complying with the codes and therefore escape transformation imperatives as set out by this government.”

The deputy minister said these companies often find “willing black fronting tokens” who sign “shareholding equities” even though they actually do not own those equities.

The B-BBEE Commission must stamp its authority and use legislation to compel companies to genuinely transform, she said, adding that the Commission must pursue criminal charges against transgressors.

Echoing Gina’s sentiments, B-BBEE Commission head Zodwa Ntuli said the Commission has finalised 386 such cases out of more than 800 since 2016.

Some 486 are still under investigation.

Those found guilty of infringing the Act can receive a possible prison sentences of up to 10 years or a fine of 10 percent of the company’s annual turnover.

They may also be banned from doing business with the state.

“We plan to enhance cooperation with law enforcement agencies because we believe success in dealing with violators will send a strong message to those involved in such activities and to the broader South African society.”

Black ownership on the rise

The latest B-BBEE Commission report published in June 2020 revealed a 4 percent increase in black ownership from 25 percent in 2018 to 29 percent in 2019.

Management control was reported at 39 percent among all companies that had submitted compliance reports. Among Johannesburg Stock Exchange-listed companies, black control at board level stood at 43.6 percent, the study showed.

The report also noted that black ownership percentage “does not always correspond with the management control scores.”

“For instance, an entity is able to score full points for ownership and very low on management control, which gives the impression that despite black ownership recorded, black people are not involved in the control and core operations of the measured entity,” the B-BBEE report stated.