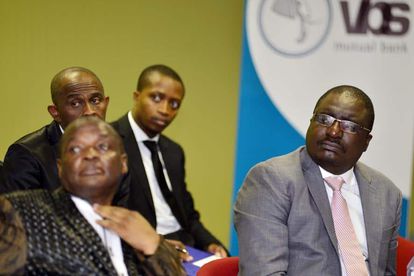 South Africa said Tuesday it would seek to recover millions of dollars stolen from a local bank that subsequently collapsed owing substantial sums to creditors.

A central bank report, titled “The Great Bank Heist”, into the failure of VBS Mutual bank said $130 million (112 million euros) was stolen over three years by 53 individuals, including executives and politicians.

Local Governance Minister Zweli Mkhize told parliamentarians that he had instructed lawyers to “launch a lawsuit on this matter so that we must chase and try and recover the money”.

The minister described the situation at VBS Mutual as a “very crude abuse of finances which were destined for poor communities”.

He said the bank had adopted “a systematic structured fraudulent process that was syphoning money out” to a few individuals, in a “case of the greedy robbing the poor”.

The VBS collapse is one of the most serious graft cases to rock South Africa since the departure earlier this year of scandal-tainted former president Jacob Zuma.

The investigation into the bank was launched after VBS suffered a severe liquidity crisis and it collapsed into administration.

The bank’s failure has hit poor and rural clients hardest.

“All the money must be recovered.”

The probe also revealed malpractice including the granting of overdrafts to well-connected clients and bribes paid to individuals in exchange for deposits from state-owned companies and municipalities.

Parliament last week said it would investigate lawmaker and prominent leader in the radical opposition Economic Freedom Fighters (EFF) Floyd Shivambu over claims his brother profited from the fraud.

The black-owned VBS Mutual gained notoriety in 2016 when it lent Zuma $540,000 to repay taxpayers for upgrades he made to his private home.