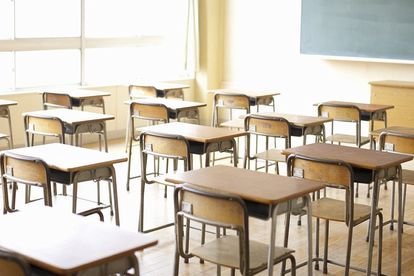 The Department of Basic Education has confirmed it’s still on track to make significant changes to the school curriculum in the coming years. Photo: Shutterstock

The Department of Basic Education has confirmed it’s still on track to make significant changes to the school curriculum in the coming years. Photo: Shutterstock

The Department of Basic Education has confirmed it is still on track to make significant changes to the school curriculum in the coming years.

The changes are mainly related to attempt to boost mathematics, science and technology among learners in the country, but will also see roll out of equipment and software to support new subjects, including robotics and coding.

According to the BusinessTech website, responding in a written parliamentary Q&A this week, basic education minister Angie Motshekga provided an update on how schools are being supported in this strategy.

The South African website first reported back in March this year that plans were in progress to make changes to the curriculum.

The department launched the Dinaledi Schools project in 2005, which was subsequently merged with the Mathematics, Science and Technology (MST) Conditional Grant in 2015.

The strategic goal of the MST Grant is to increase the number of learners taking mathematics, science and technology subjects, improve the success rates in the subjects, and improve teachers’ capabilities, the department said.

“The grant’s purpose is to provide support and resources to schools, teachers and learners in line with the Curriculum Assessment Policy Statements (CAPS) for the improvement of mathematics, science and technology teaching and learning at selected public schools,” Motshekga said.

The department’s push into new subjects like robotics and coding has become a significant part of the project.

According to the Department of Basic Education, Coding and Robotics will go a long way towards equipping our learners with the knowledge they’ll need to eventually find work, in an increasingly-digitised world. The construction of robots and ‘other sophisticated machines’ is a key factor in this major curriculum change.

Motshekga indicated that 485 schools have so far been supplied with subject-specific computer hardware and related software for CAPS tech subjects, including coding and robotics pilot schools.

There have also been 1 256 laboratories supplied with apparatus and consumables for mathematics, science and technology subjects, including coding and robotics kits.

In terms of student support, the department noted that 50 000 learners in the country registered to participate in mathematics, science and technology olympiads/fairs/expos and other events, including support through learner camps and additional learning, teaching and support material such as study guides.

There have also been 1 500 teachers attending specific structured training and orientation in subject content and teaching methodologies on CAPS for electrical, civil and mechanical technology, technical mathematics, and technical sciences.

In terms of timelines, the department still plans – as reported by The South African website – to fully implement coding and robotics as new schools subject for Grade R-3 and 7 students in the 2023 academic year.

A pilot curriculum for these subjects was initially introduced at some schools in the third term of the 2021 academic year. It plans to expand these tech-focused subjects to other grades in subsequent years.