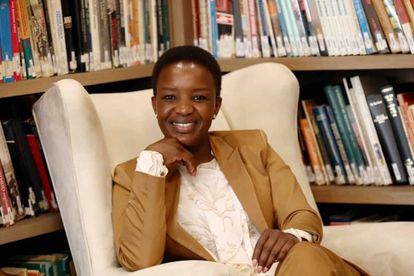 “As a country we will not be able to get back on our feet unless the President takes leadership of the economic recovery personally and drives a clear vision across government that we can all mobilise behind,” she said.

Mavuso said business presented about “900 slides of detailed proposals” to kickstart the economy but that government presented “a plan of sorts.”

“The 17 slides (by government) presented a fragmented and uncoordinated vision that was described as a draft with no official status. It appeared to have been pulled together at the last minute from a variety of different sources without any discussion between them.”

Mavuso said President Cyril Ramaphosa has put a “lot of pressure” on business to develop potential solutions for the challenges faced by the country, but emphasised that government also has responsibilities to put together the best minds it can gather to form a coherent strategy – and then to implement it.

“There are good people – inside the Presidential Economic Advisory Council and among the analysts at the National Treasury, for example. But why are they not being mobilised to do the research to form a coherent plan? Is it a lack of leadership from the top?”

Mavuso said the Nedlac meeting resolved that the social partners would now work together on a coordinated plan. However, she says, it seems as “though government is the one social partner not pulling its weight, when it has the most crucial role to play.”

It takes two, no three, to tango

“Business and labour can only do so much. Government controls the policy environment that we must all work within. We need a President-led, Cabinet-backed plan we can all get behind with a common vision. This is not something that can be done at Nedlac level. It needs clear, decisive leadership from the top,” Mavuso underlined.

She reminded that Ramaphosa had promised a decisive economic plan with the structural reforms needed to kickstart the economy and put it back on a growth path.

“He promised in April we would have it ‘within days.’ It was clear from the Nedlac presentation that not much has really been done since. Business is doing its part. We have mobilised significant resources to research and develop a plan. But we need an equally robust process from the government.”

Writing in her weekly newsletter, Mavuso says: “The fact that inflation sits just above 2%, near the lowest it has been in nearly 15 years, is testament to falling demand in an economy that, like many others, has been bludgeoned by the ‘great lockdown.’”

Her criticism of the government comes as the small multi-stakeholder group working to finalise South Africa’s Covid-19 economic recovery plan convenes this week.

Business Unity South Africa (BUSA) CEO Cas Coovadia told webinar participants during a preliminary planning meeting Thursday that “business had pushed” for the creation of the smaller group, arguing that it was near impossible possible to finalise a recovery plan in meetings that included a large number of participants.

The high-level working team are considering the proposals by labour, business and government with the aim of securing agreement on a unified plan.

It has a month to complete its work.