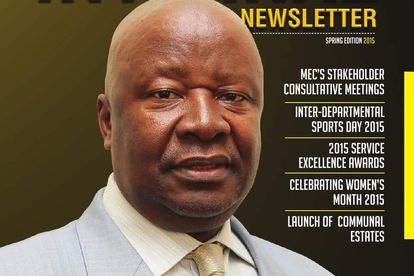 A former Head of Department at the KwaZulu-Natal Department of Agriculture and Rural Development is scheduled to appear in court again in mid-November on charges of fraud and corruption.

Dr Siphiwe Mkhize – who also previously served as Minister Counselor (Agriculture), at the South African Embassy in the US and was accredited to SA Missions in Canada, Cuba and Mexico – is currently out on R5 000 bail, along with co-accused Billy Mishack Mnisi.

The two accused are facing charges of fraud and corruption pertaining to a payment of approximately R3.5-million allegedly made by the Department of Agriculture and Rural Development to Tekisani Pty Ltd, a business which is owned by Mnisi.

Signed off a bogus hay delivery

Mkhize, aged 60, and Mnisi, 47, were arrested by The Hawks Serious Commercial Crime Investigation members and first appeared in the Durban Specialised Commercial Crime Court on the 29 September.

“It is alleged that Tekisani was supposed to deliver hay [to farmers] as part of [a] drought relief programme to the northern part of KwaZulu-Natal, however the hay was never delivered,” Hawks spokesperson Captain Simphiwe Mhlongo said.

“Mkhize, as the Head of Department, allegedly signed a proof of delivery and verified the payment.”

This is the second time in three months that Mkhize has been charged with a corruption-related offence.

In June he was charged for allegedly receiving a gratification in a form of a motor vehicle worth just over R548 000 from a company called Ikhwezi Protection Services, which is owned by Zwelithini Erick Zondi, aged 49.

It is alleged that Mkhize was responsible for the extension of a month-to-month contract for Ikhwezi, which was a service provider to the department at the time.

In 2018, TimesLIVE reported that Mkhize had resigned after he was suspended from the department for being implicated in a R5-million fraud and corruption scandal involving various staff members‚ including those from supply chain management.