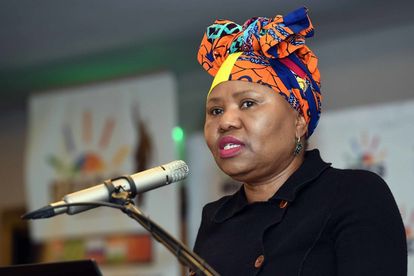 Social Development Minister Lindiwe Zulu admitted in her written reply that more than 5 000 public servants were getting the R350 SRD grant. PHOTO: iStock

Social Development Minister Lindiwe Zulu admitted in her written reply that more than 5 000 public servants were getting the R350 SRD grant. PHOTO: iStock

More than 5 000 employed public servants have somehow bypassed the system and are benefiting from the R350 social relief of distress (SRD) grant.

This includes a Chief of Staff at one of the provincial departments who gets an R350 extra onto their level 13 salary. A public servant falling under a level 13 pay means they earn more than R1.1 million a year.

SASSA AWARE OF THOUSANDS OF PUBLIC SERVANTS BENEFITING FROM GRANT

This information was however revealed by Minister of the Department of Social Development (DSD), Lindiwe Zulu, to a parliamentary question posed by the Democratic Alliance (DA).

Zulu said, in her written reply, that the Head of the relevant provincial department has not been informed that their Chief of Staff was identified.

Further, this Chief of Staff is one of 5 812 public servants, identified by SASSA, as having benefited from the SRD grant. The Head is also not aware that there are investigations underway, said DA deputy shadow minister of Public Service and Administration Mimmy Gondwe.

“In addition to calling on DSD and SASSA to bring the matter to the attention of the Head of the relevant provincial department and the Department of Public Service Administration, the DA further calls on the Head of the relevant provincial department to place the public servant in question on precautionary suspension as soon as DSD and SASSA have provided the details of the investigation.”

FRAUD AND CORRUPTION TO BE DEALT WITH

The R350 SRD grant is for unemployed citizens to aid them during the Covid pandemic.

But the fact that a senior official earning more than R1 million constitutes corruption and fraud, said Gondwe.

“If incidents of corruption and fraud, within the public service, are to be effectively dealt with, then the axe has to fall on everyone, more especially on those who are at the top and are expected to lead by example. The DA will not rest until the implicated public servants are subjected to disciplinary and criminal processes and also pay back the money that they stole from the state,” said Gondwe.