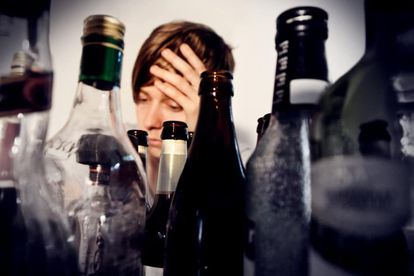 Trade and Industry Deputy Minister Nomalungelo Gina called on the liquor industry to enhance awareness on the dangers of consuming alcohol while pregnant.

More education on the risks of alcohol abuse is needed

Addressing International Fetal Alcohol Spectrum Disorder Day (FASD), which is commemorated annually on 9 September, Gina pleaded with the liquor industry, which includes liquor manufacturers, distributors, and retailers to join in efforts to educate the public on the dangers of alcohol abuse.

“The industry cannot afford to tip-toe around this scourge. Alcohol is costing this country severely in economic terms as the State budget is running road campaigns, hospital costs of the injured and Road Accident Fund claims. Let us regard alcohol consumption levels in this country as problematic and as a national problem that requires concomitant interventions,” said Gina.

The Department of Trade and Industry (dti), together with the North West Department of Economic Development, Environment, Conservation and Tourism, observed the day at the Madiba Banquet Hall in Potchefstroom, North West.

FASD is a group of conditions that occur in an individual whose mother consumed alcohol during pregnancy, with Fetal Alcohol Syndrome (FAS) being the most severe form of the condition.

The Deputy Minister said everyone must stand up and protect the country and children against the effects of alcohol and consuming alcohol while pregnant.

She said women must protect their children before they are born and not condemn them by drinking alcohol while pregnant, as they will not have similar opportunities compared to other children.

“We will throughout this week conduct roadshows at clinics, schools and other public places throughout the districts of the province. Our focus will be on creating awareness on FAS, its impact on communities and measures to be taken to reduce it,” said Mosenogi.

The event is part of the Sobriety Campaign, whose purpose is to raise awareness on the high-risk bhavioural activities related to alcohol abuse such as violence, risky sexual activities and the spread of STIs, and encourage behavioural change.

The day was observed by churches ringing bells nine times at 09:09, releasing nine doves and white balloons, as well as lighting of nine candles as sign of hope.